Jamaica’s attempts in the early 2000s to attract a greater share of the foreign Business Processing Outsourcing (BPO) industry to its special economic zones saw the government investing in internet communication technology (ICT) infrastructure and systems and liberalizing its telecommunications industry. The outcome was that multiple internet service providers (ISPs), such as the Irish-based Digicel and the Mexican corporation Claro, entered the market to compete with Lime, a subsidy of Cable and Wireless, the British company that founded the telecommunications industry in the country during the colonial era. (Claro later sold its operations to Digicel in 2012, while Lime merged with a newer company, Flow, in 2015, in a deal worth US$ 1.85 billion.) These companies’ profit-driven models have, like technology and communications companies everywhere, shaped the means by which Jamaicans access and experience the internet.

Shaw and Graham (2017: 909, 921), concerned with spatial injustice and “the power relations around conduits of digital information”, warn of digital access providers like these and their ability to “reproduce and control urban space,” which they do by mediating access and the proliferation of technology. In the deployment of ICT in Jamaica, the structural disparities inhered in the logic of governance accedes to the power of such corporate entities. This has meant that ICT investments in the country have had little economic benefit for the majority of Jamaicans, while internet companies profit healthily by setting the terms of their participation in the market. In fact, the impact of liberalization has been seen mostly in the establishment of the Free Zone in Montego Bay, where the 1-in-10 Montegonians who work in the industry, supporting tech behemoths like Amazon in the zone’s data processing and call centers, make on average US $1 per hour. Outside of the zone, ICT is usually thought of as a means of development, or “ICT for development” (ICT4D), in areas such as education, agriculture, and health, with the aim of increasing the standard of living for the poor. While both the Free Zone and ICT4D have been touted as promising the alleviation of urban poverty, their potential to do so is yet to be realized (Mullings 1999; Duncombe 2007; Heeks 2010).

I want to assess ICTs beyond their role in the special economic zones and their figuring in development programs, because ICT engagement in these disparate areas tells us very little about the everyday use of the technology and its impact on urban life. One means of assessing the broader capacity of ICT is through the particular technology of Voice over Internet Protocol (VoIP) communication, or what in everyday use is understood as internet telephony. In particular, I want to focus on the use of VoIP technology by so-called “lotto scammers” in Montego Bay. Lotto scammers use VoIP technology through a money transfer scheme, popularly known as the “Jamaican Lotto Scam”, to deceive hopeful Americans into sending what often amounts to their life’s savings to Jamaica. Thinking about this particular use of VoIP emphasizes the economic potential of such technology through crime and necessarily moves beyond ICT4D. Scammer use of VoIP shows how such technology affords capital accumulation in a manner that makes for a radically liberated imaginary of urban life in Jamaica, thereby allowing us to question what work VoIP does as an urban technology.

The scam, which began in Montego Bay around 2007, functions similarly to the popularly known Nigerian 419 email scam in that it aims to persuade a target to wire transfer a sum of money with the promise of a more substantial return (Smith 2001). Beyond this feature, the lotto scam differs in both premise and strategy. Rather than the 419 method of sending an email, which eventually leads to a phone conversation (Glickman 2005), the lotto scam presents from the start as a personalized phone call, in which the scammer poses as a representative of an American company, bank, or association notifying the target of having been owed a sum of money. The lotto scam, in contrast to the 419 scam’s design to attract only the most credulous victims through highly suspect scenarios and poor grammar (Herley 2012), is crafted with the intention of conning everyone who scammers contact. This strategy is made possible by scammers’ ability to acquire identification data on potential victims, referred to as “leads”, through international networks of legal and illegal data brokers. Drawing from the information in the leads, scammers compile a variety of detailed information to develop victim or “client” profiles. With the soon-to-be victim’s address, they use Google Earth to learn about their neighborhood, aiding in the development of familiarity. 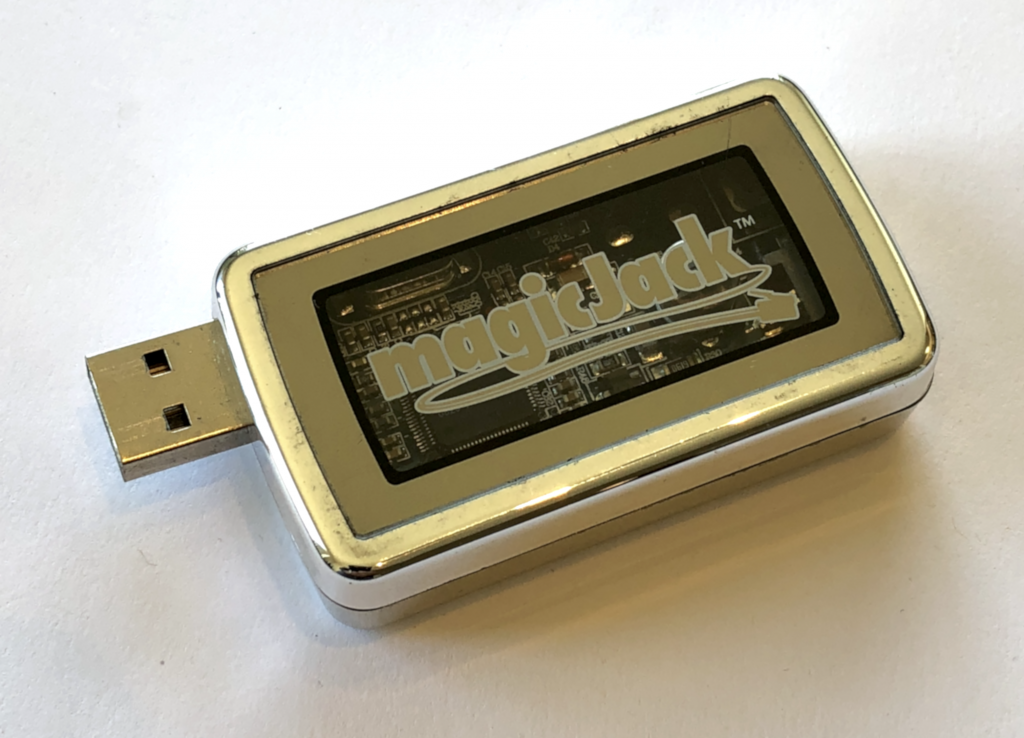 MagicJacks were the first and still prominent VoIP devices to be adopted by Jamaican scammers. Photo: Jovan Lewis, 2018.

At the practice’s beginning, scam calls were all made directly from mobile phones with the local Jamaican 876 area code. The foreign origin of the area code was not initially apparent to potential victims, given its similarity to the 1-800 toll-free numbers associated with US companies. The area code eventually became identified with the scam, as money transfer and telecommunication companies, news outlets, and consumer protection organizations provided public awareness, and the calls were avoided accordingly. VoIP technology was a revolutionary introduction at that juncture. Allowing scammers to place calls over an internet connection – a quintessential example of the transition from analog to digital technologies that so defined the early and mid-aughts – were VoIP service providers like the makers of the “magicJack” device, the first and still prominent VoIP device to be adopted by Jamaican scammers. Despite the magicJack’s technological advantages, its most significant drawback was that its hardware required a direct connection to a lined telephone and internet modem, making it less than ideal as police began to raid scammers’ homes, which were the typical base of operations. The use of VoIP mobile phone apps would soon offer greater mobility. Similar to the magicJack device, these apps provided free phone calls to the US and Canada alongside access to a US-based phone number from any area code in the country. With this capability, scammers had a way of validating their purported US location, which, given the increasing challenges posed by the 876 prefix, was an opportunity with radical implications for the scam.

VoIP is predominantly used by local Jamaicans through the interface of mobile device apps to stay in touch with relatives who live abroad. However, this use of the technology maps onto long-established patterns of diasporic interaction formed through generations of migration, making the intervention less novel. Furthermore, everyday consumer patterns of VoIP use are largely dictated by the terms of ISPs, producing the same limitations and control to which Shaw and Graham refer. Critically, however, VoIP as used in the scam has a disruptive capacity in the experiences of constrained mobility in Jamaica.

This disruption is what Saskia Sassen (2012) calls “urbanising technologies”, where the way that urban life is lived redefines the engagement with technology. While Sassen makes her argument with the example of intelligent systems in smart cities, I would argue that what is deemed as urbanity in Jamaica is more than high-density city life, but the prevalent condition of poverty therein. Thus, where poverty defines the urban, the urbanization of technologies involves the structures of poverty placing demands on technology. By this I do not mean the ambitions of ICT4D, which modestly seek to facilitate greater productivity and capacity without fundamentally changing the overall circumstances that poor people and their nations face. ICT4D serves as representative of “technologies of precarity” (von Schnitzler 2016) that mediate suffering or measure poverty through their capacity to be accessed by, or their use by, those designated as impoverished. VoIP in the scam, however, takes up Sassen’s charge to “push this urbanising of technology further, and in different directions” (2012: 12).

Of course, the “different directions” that scammers push the use of VoIP are unsanctioned and certainly criminal. But as Jean and John Comaroff argue, crime has, “in this Age of Global Capitalism, become the constitutive fact of contemporary life” (2016: xiii). This argument is one that is readily taken up by scammers as they read their experience of poverty, but more importantly, the processes by which their poverty is made and the ways by which capital and technology facilitate wealth for others. This sense is evidenced by the salary that free zone workers make, as noted above on average one US dollar per hour. This is criminality. But moreover, the urban landscape and the technologies deployed across it are part of that criminal architecture. Relatively open technological platforms like VoIP apps, then, become urbanized by the dimensions of life that are poverty and crime, and criminal poverty. 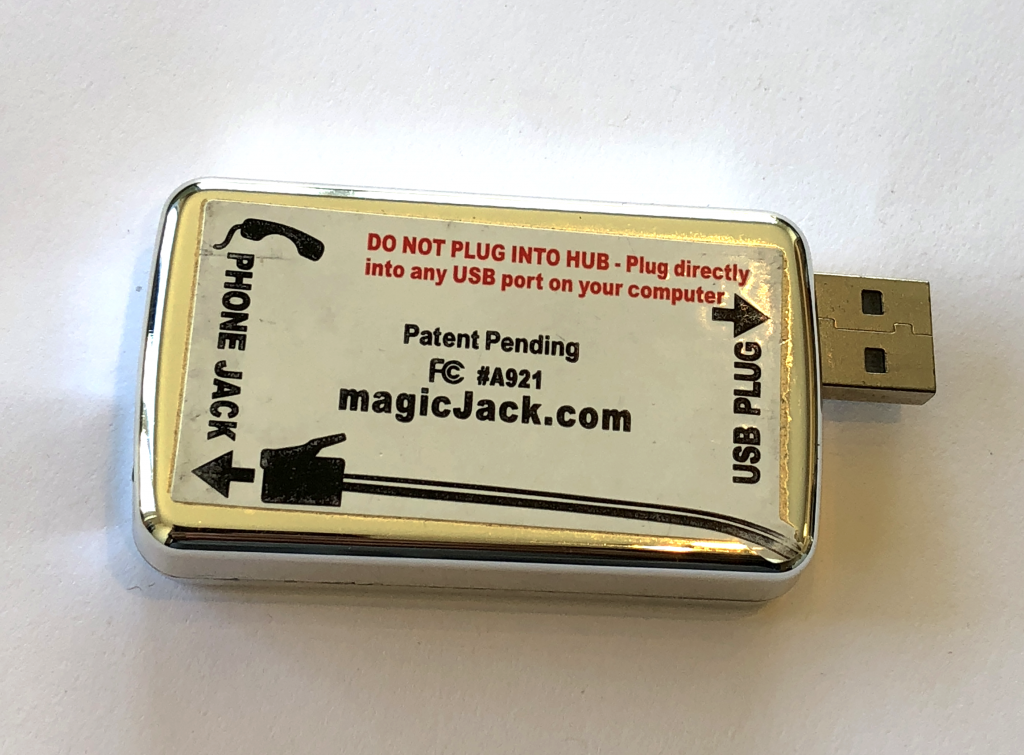 VoIP is a technological affordance that presents for the urban poor possibilities that defy boundaries to an elsewhere of opportunity otherwise unreachable. As called upon in the scam, VoIP has meaningful consequences for the refiguring of techno-geographic relations along the increased communicative scale and speed of the internet. Moving well beyond the mere affordance of contact, they conspire to upend normative relations that have shaped the unequal position of Jamaica to North America, and Jamaica’s general post-colonial socio-political orientation, long defined by the fixed categories and characterizations of poverty.

Jovan Scott Lewis is Assistant Professor of Geography and African-American Studies at the University of California, Berkeley. He also serve as the co-chair of the Economic Disparities Research Cluster at Berkeley’s Haas Institute for a Fair and Inclusive Society (HIFIS). Jovan received his Ph.D. in Anthropology from the London School of Economics. His research is concerned with the affective and structural understanding of the broad concepts of the market, capital, poverty, race, and post-coloniality in Jamaica and the United States examined through raced experiences of the economy.

Mullings, B. (1999) Sides of the same coin?: coping and resistance among Jamaican data-entry operators. Annals of the Association of American Geographers 89(2): 290-311.