This article scrutinizes the relationship between governmental reform and infrastructural change in Singapore. Focusing on the role of engineers, it is argued that neoliberal decentralization has occurred through the physical reconfiguration of drainage. Neoliberalization is conceived as a localized technical response to a public health crisis resulting from infrastructural enclosure, which is orchestrated on and through the material-ecological environment. A closed drainage system consisting of trapezoidal canals and concrete culverts had produced an ideal breeding environment for dengue-carrying mosquitoes, undermining the state’s centralized approach to water governance. This article reorients Michel Foucault’s analytics of government around engineering and the ‘milieu’ to consider how drainage infrastructure was consequently opened up to an emerging civil society to relieve pressure on the state and allow greater public participation in the surveillance and management of canals, pipes and culverts. Alongside landscape architects, engineers would increasingly turn to naturalized waterways and open catchment policy to encourage citizens to form an affective bond with water and to inculcate principles of individual ownership and responsibility through physical contact. The article contends that with the proliferation of integrated resource management systems, governmental power is increasingly exercised through the liveliness as well as the fetishization of urban infrastructure. 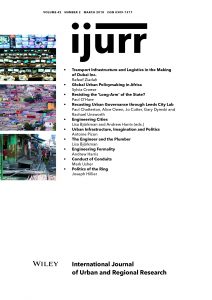