The socio‐economic dimensions of cohesion have long been considered an integral part of Europeanization. However, recently a third dimension has been added to the Europe 2020 cohesion policy debate: territorial cohesion. Consequently this term is as yet undeveloped, resulting in a lack of consensus on how to define and interpret it. Such ambiguity represents a theoretical and empirical challenge to regional actors needing to respond to European Union (EU) directives while operationalizing the concept within their national and/or regional agendas. This article uses Portugal as a case study to examine how the concept of territorial cohesion is being interpreted and transposed from EU‐based to territorial‐based instruments and policy documents. First, we conducted a qualitative content analysis (QCA) of a selection of European and regional publications to compare their intrinsic discourses. This was followed by around 60 structured qualitative interviews, conducted with leading actors who had been instrumental in writing or implementing regional policy documents. On the basis of this dual analysis we conclude that, as a whole, the writers of the Portuguese strategic documents successfully transposed this concept, although perceptible differences exist between regions, as local actors have selectively redefined it to better suit their strategic priorities. These differences are debated with the aim of contributing to the design of effective public policies that facilitate inclusion, cohesion and Europeanization. 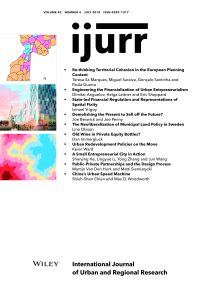