The question of comparison is one that haunts contemporary urban and regional studies—the need for it is taken for granted, but what it is, how to do it and what it can teach us remain matters of contention. In 2016 Kevin Cox published a book that brought some of these issues to the fore, challenging the ways in which US models have tended to dominate and (with the help of reflections on the experience of Western Europe) highlighting the extent of what he called the American exception. In this intervention four authors from different perspectives and located in different geographies deliver not a review or critique of the text but a series of responses, riffing off Cox to generate ways of thinking about comparison as well as offering alternative ways of approaching some of the issues with which he grapples, reflecting on particular national experiences while setting out to place them comparatively, and drawing wider conclusions while posing new questions, to which Kevin Cox in turn responds. 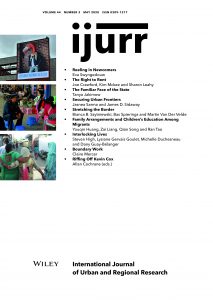