Recent studies from Central and Eastern Europe have documented a weak link between gentrification and physical displacement, and have questioned whether the concept of gentrification can be applied to the post-Soviet context. The lack of evidence found for physical (direct) displacement has been explained mainly through the rapid intergenerational social mobility of groups with lower social status and high rates of home-ownership due to privatization. However, in many Eastern European post-industrial inner-city neighbourhoods significant residential and commercial changes are visible, among them, an inflow of younger residents with higher socio-economic status, the closure of traditional shops and opening of fashionable new cafés and restaurants, together with a revival of community life. The current article revisits the debate on whether it is possible to extend the Anglo-American concept of gentrification to post-socialist contexts. More specifically, it tests whether, and under what conditions, the diverse displacement mechanisms identified provide an explanation for the social and cultural homogenization of post-industrial post-Soviet neighbourhoods. By studying the local place-making narratives used in three neighbourhoods in Tallinn, the capital of Estonia, we argue that the contradictory place-making trajectories of new and old residents can lead to symbolic (rather than direct or physical) displacement pressures and consequently to the process of ‘un-homing’. The latter process is combined with a loss of neighbourhood identity shaped primarily by life-course and generational differences, but also by socio-economic standing. 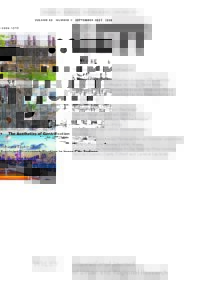