Western journalists and photographers fetishize the infrastructural ruination of the former Soviet Union. While sites like abandoned railway stations are assumed to be artefacts of the country’s collapse in 1991, many of these ruins are actually products of contemporary Russian state policies. This article critiques the way in which Soviet ruins are imagined as archaeological relics of a long‐gone polity by examining the recent political processes that have generated infrastructural obsolescence long after the Soviet collapse. In pursuit of this aim, I draw on an analysis of texts and imagery depicting Soviet ruins and ethnographic fieldwork and observations in the Russian North and Far East. Specifically, I examine infrastructural construction and ruination in Vladivostok, where the federal government spearheaded a multibillion‐dollar megaproject in advance of the 2012 Asia‐Pacific Economic Cooperation Summit for which four new bridges were built. Residents of Podnozhye, a community located on an island to which one of the bridges extends, assert that its construction caused the discontinuation of their ferry service to Vladivostok, which consequently rendered infrastructure and amenities along the waterfront obsolete. This dynamic indicates that while ruins often denote the reversal of development, development itself can prompt decay and disintegration, too. 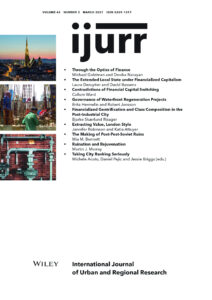