The conventional argument that the introduction of transfer of development rights (TDR) shifts the power of land use regulation from the state to the market is increasingly under challenge. In China, the state’s grip on land is reinforced through TDR, in which the state is both regulator and player. This state‐dominated form of TDR affects China in three ways. First, competing aspirations of different scales of government complicate how TDR is implemented. Although the central state promotes TDR to maintain a national balance of arable land, some local states instrumentalize it to expand their landed basis of accumulation. Secondly, TDR tends to benefit the state but not its people. It may increase the fiscal income of the sending government and lessen the land shortage of the receiving government, but sometimes at the expense of the interests of land users without land ownership. Thirdly, given the state’s deep involvement in TDR programs, the key for China’s TDR to protect arable land lies not so much in clear property rights or a fully fledged market as in effective checks and balances regarding the state’s powers over TDR. These three observations attest to the embeddedness of TDR in the local political economy. 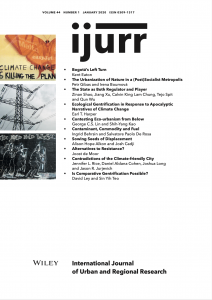