Although the phenomenon of shrinking cities is a global one, policy responses can vary considerably depending on context. This article examines the initiatives of government agencies in a variety of contexts and finds that cities adopt different strategies to manage the problems of shrinkage. Specifically, the article presents an international comparison of three shrinking cities: Fu Xin in China, New Bedford in the USA, and Ústí nad Labem in the Czech Republic. These three cases, which present three distinctive political frameworks (namely, centralism, localism and indirect centralism), have responded to the issue differently but experienced similarly insufficient policy outcomes. We observed that the political agenda-setting for shrinking cities involved more than simply choosing to ignore, deny or accept the problem, and focused instead on how the local governments opted to recognize their problems, assembled the political willpower and leadership to address them, and gave shape to the policy choices that created a specific narrative for their city. From a comparative perspective, we argue that cities cannot manage their shrinkage without support from other levels of government. In other words, a successful response to urban shrinkage requires multilevel governance to contextualize the locally-based phenomenon, de-contextualize the role of multilevel politics, and re-contextualize the set of policies and actions that can be utilized. 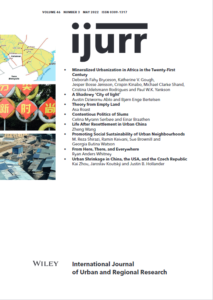