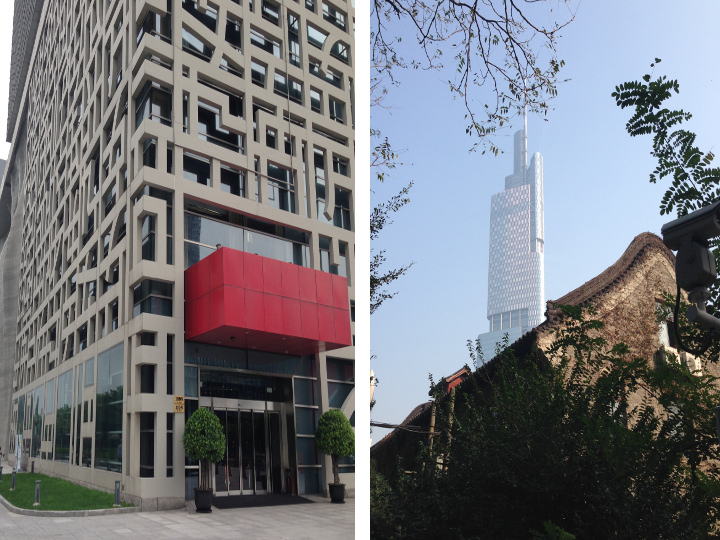 In the last three decades Chinese cities have experienced phenomenal changes. This virtual issue draws from an extensive pool of articles published in IJURR to illustrate some aspects of this transformation. It is a very challenging task to select just a few articles because all have their merits and contribute to our understanding in one way or another.  The 18 articles in this virtual issue have been chosen because they are illustrative of nine broad themes: urban redevelopment, communities and place-making, urban villages and informal housing, regional development, regional governance, land development, housing inequalities, inequalities and urban poverty, urban space and spatial change.  Some ‘classic’ articles have been inevitably missed out but readers can easily source them from the references in the articles listed here.

The virtual issue begins with thinking about Chinese cities from a comparative perspective. For example, can the theories developed in other countries be applied to Chinese cities? What is the significance of ‘place’ in urban development? These topics are linked with other cities in the world. The themes of urban redevelopment and place making are traced back to earlier studies on urban restructuring as a new mechanism of development and the importance of community development.

Informal development is a significant feature of Chinese urbanization as well as in other developing countries. The phenomenon of ‘urban villages’ or ‘villages in the city’ in China has been extensively studied. The issue of informality has also been extensively studied in the global South and published in this journal. The theme of urban villages and informal housing can be traced back to an earlier study on spontaneously developed housing.

Under the process of globalization, cities are competing with each other and repositioning themselves. Cities in the cross-border region are now regaining their importance, which reflects the spread of new mechanisms from coastal to inland areas. The themes of regional development and regional governance have been extensively studied earlier ¾ exemplified by the articles on regional inequalities and the Pearl River Delta ¾ and deserve further attention.

The nature of land development in China has been debated, and the features of new land markets are described along with the evolution of the land leasing system. There is a debate on the use of the market in a normative sense to encourage the clarification of property rights, which is linked to the earlier study on the nature of ambiguous property rights in China.

Housing inequalities have featured centrally in this journal. The theme of access to homeownership and consequent social and spatial inequalities has been extensively researched through quantitative and census data. Recent studies cover new issues of migrant housing and the tenure inequalities among urban households, following earlier studies on the topic.

Inequality and urban poverty are the consequence of market reform, more recently aggravated by the financial crisis. The earlier conceptualization on the institutional dynamics of urban poverty has continued to be tested by new empirical studies on the scale of neighborhoods.

Finally, Chinese cities have seen the transformation of their space, commuting patterns and the distribution of settlements. Recent spatial analyses provide detailed documentation of changing urban space in China, which enriches the earlier understanding of concentric social spatial patterns.

Overall, we have seen the study of Chinese cities becoming a core concern of urban and regional research, which is being related to the studies in other cities of the world.

From Frontier to Bridgehead: Cross‐border Regions and the Experience of Yunnan, China
Xiaobo Su (2013)

The Market as the New Emperor
Anne Haila (2007)

The Global Financial Crisis and Migrant Workers in China: ‘There is No Future as a Labourer; Returning to the Village has No Meaning’
Kam Wing Chan (2010)

The Rise of Ethnicity under China’s Market Reforms
Wu, Jiaping (2014)