Urban segregation is one of the most classical themes in urban sociology and urban studies, connecting directly with some of the field’s founding preoccupations with topics like cohesion, sociability, welfare, social differentiation, spatial formations, identities, and otherness. Several of these dimensions have been studied by IJURR articles and by books published in the IJURR Series on Urban and Social Change (IJURR SUSC). This virtual issue brings together this diverse production, mapping its main emphases and foci. Matching the plural tone of the journal, articles within it have explored various facets of urban segregation in several cities, mobilizing a variety of theoretical inspirations and using different types of methods.

These studies did not share a single definition of residential segregation because of their different affiliations and analytical interests but also due to the multidimensionality of the issue itself. However, to map and classify IJURR’s production on segregation, we set out from a minimalist descriptive definition of the phenomenon – the concentration of certain social groups in urban space in areas of relative homogeneity, separated to some degree (physically, institutionally, or just geographically) from other groups concentrated in different spaces. Which group to consider, what caused these concentrations, and which effects they produce vary considering the study. Articles in IJURR also tend to diverge on the degrees of homogeneity, separation, and physical isolation that should be considered and the best theoretical framing and the most profitable methods to use in their investigations. 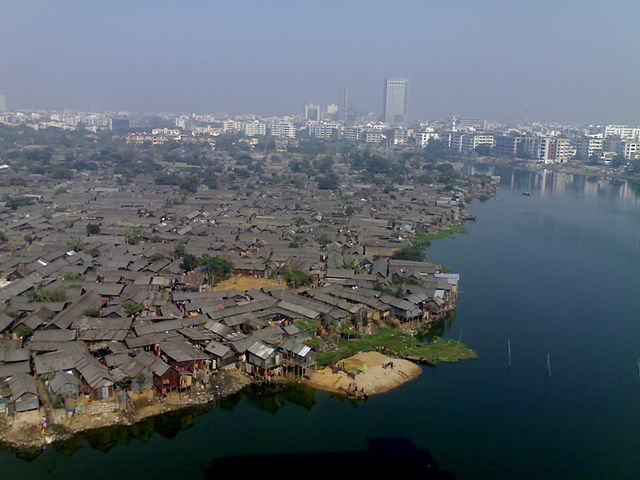 Thanks to this diverse range of theoretical perspectives, research designs, and methods, we learn substantially from this valuable collection. At least 26 articles have been published in IJURR with residential segregation as one of the primary [1], albeit with quite different research designs. These ranged from an initial theoretical contribution, although with references to France (Goddard and Pendaries 1978) and some historical pieces on Iraq, Budapest, and Kansas City (Raoulf 1985; Ladanyi 1989; and Gotham 2000, respectively), some qualitative pieces (Lemansky 2006; Powell 2013; Wong and Tang 2018), rarer quantitative articles (Monkkonen 2012; Gu, Logan and Wu 2021), and many multimethod case studies, comprising the majority. Some articles used social network analysis to connect segregation and sociability in São Paulo and Salvador (Marques 2012 and 2015) or to map mobility and segregation simultaneously in Niterói, another Brazilian city (Netto et al. 2015). Direct comparisons between cities were also developed several times in special issues (Szelenyi 1987; Moulaert and Harloe 1996) and individual articles (Wacquant 1993; Monkkonen 2012; Marques 2015), while some comparative essays focused on regions or countries, such as Iraq, Europe, the UK and the US (Raoulf 1985; Mustered and De Winter 1998; Powell 2013; Wacquant 1997; Fainstein 1993, respectively).

The existence of segregation and the degrees identified depended strongly on the considered scale of analysis. Most contributions explored intraurban segregation, although some discussed the regional dimension of segregation at the municipal level in Bogotá (Thibert and Osorio 2014) and Paris and Lille (Moulaert and Harloe 1996). Similarly, while most contributions analyzed horizontal segregation at macro and meso scales, some explored the interplay of vertical segregation (within apartment buildings) and horizontal segregation (between residential areas and neighborhoods) in Athens (Maloutas and Karamitriou 2001) and Olso (Ljungreen and Anderseen 2015). Some studies mobilized the concept of the ghetto in the UK (Powell 2013) and the US (Wacquant 1997, with short comments from Michael Katz and Janet Abu-Lughood), while others used Peter Marcuse’s concepts of the enclave, citadel, and ghetto for Aligarh, India (Galonnier 2015). 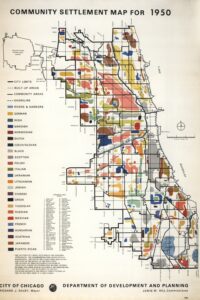 However, the most crucial element in segregation studies involves the precise definition of who is segregated and from whom. Some studies defined these groups by mobilizing social classes using socio-occupational stratification and segregation indexes, applied to the cases of Budapest, Athens, and Bucharest (Ladanyi 1989; Maloutas in 2001 and 2007; Marcińczak et al. 2014, respectively) or set out from Pierre Bourdieu’s social classifications in a study of Oslo (Ljungreen and Anderseen 2015), and the idea of outcasts (Wacquant 1993 and 1997) in the US and France. Other articles delimited social groups via education and income in Aligarh, India (Galonnier 2015), income in Niterói, Brazil (Netto et al. 2015), and several social indicators in Johannesburg (Crankshaw and White 1995), Cape Town (Lemansky 2006), and São Paulo and Salvador, Brazil (Marques 2012 and 2015). The classical connections between race, ethnicity, and segregation were at the center of attention in articles on US cities (Wacquant 1993 and 1997; Fainstein 1993; Gotham 2000), Johannesburg (Crankshaw and White 1995), Cape Town (Lemansky 2006) and European cities more broadly (Musterd and De Winter 1998). At the same time, the segregation of Roma people was an analytic concern in UK cities (Powell 2013) and Budapest (Ladanyi 1993), while in Aligarh, India (Galonnier 2015), the study of segregation combined religion (Islam) and class.

While all articles set out from the premise that segregation and social isolation are related, the interactions between the sociability of the poor, segregation and social isolation were the central concern of articles on São Paulo and Salvador (Marques 2012 and 2015), Niterói (Netto et al. 2015) and Cape Town (Lemansky 2006), highlighting the adverse effects of localism on welfare, associated with geographically restricted patterns of sociability among the poor. At another extreme, the segregated sociability of upper-class Muslims in Aligarh, India, showed that the social isolation of the elites brings them benefits (Galonnier 2015).

Another especially important concern is the causes of segregation. Several articles investigated the (very often contradictory) effects of State actions on segregation. Analysis of the production of segregation tended to focus primarily on the crucial role played by the State. While segregationist (and racist) policies and regulations were foregrounded in Kansas City (Gotham 2000), others investigated the harmful effects of a recent housing finance reform policy on Mexican cities (Monkkonen 2012). The importance of state regulations and policies, in general, was highlighted for European cities (Musterd and De Winter 2011), mediating the effects of social transformations (and social inequalities) over spatial structures. However, studies on Cape Town (Lemansky 2006) and Guangzhou City (Wong and Tang 2018) have shown the limits of State desegregation policies in the reduction of inequalities, while even in socialist European cities (Szelenyi 1987), State policies contributed to the generation of social differentiation that became entrenched in segregation structures. Finally, the interplay between real estate markets, regulations, and segregation explained processes in Paris and Lille (special issue by Moulaert and Harloe 1996), Kansas City (Gotham 2000), and Athens (Maloutas and Karamitirou 2001).

It should already be clear that IJURR’s production on residential segregation has covered cities across quite different parts of the world, although with a more significant concentration in Europe on Athens, Olso, Paris and Lille, Budapest, Bucharest, the United Kingdom, Eastern Europe, and European cities in general. Latin America received the second most concentrated attention particularly in the last ten years, with articles about São Paulo, Salvador and Niterói (Brazil), Mexican cities, and Bogotá (Colombia), followed by Asia with Iraqi cities, Aligarh (India) and Shanghai and Guangzhou City (China). There was a weaker emphasis on African cities – Johannesburg and Cape Town – and those in the United States – Kansas City, Chicago, and US cities in general. 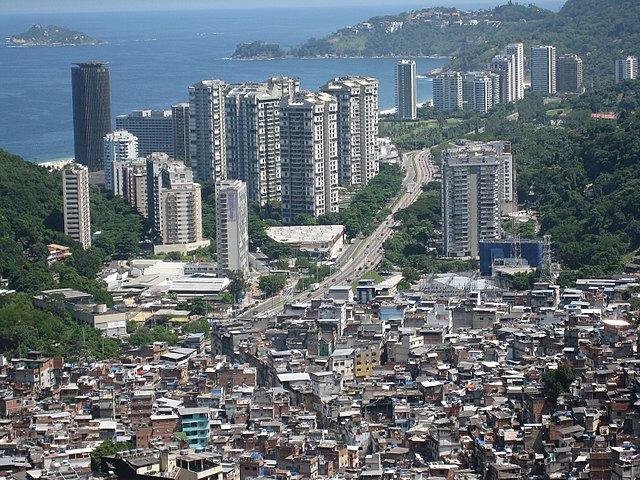 Additionally, residential segregation was central in at least three of the books edited in the IJURR SUSC series, the first two transversally and the third as the main subject. Enzo Mingione’s Urban Poverty and the Underclass, a now classical publication of 1996, had already considered segregation as a crucial element of urban poverty situations, explored by diverse authors in chapters on New York, London, the French periphery and the American Ghetto, Milan, Naples, Stuttgart, and Berlin. The book departed from a 1993 IJUUR Special Issue organized by Mingione (Vol. 17, Issue 3).

The theme was also a transversal element in contributions included in Cities of Europe, edited by Yuri Kazepov in 2005. Several chapters explored the contributions (usually negative) of residential segregation to social cohesion, together with local government arrangements, histories, geographies, and various changes in forms of solidarity, welfare provision, and family structure.

However, in the recent Paradoxes of Segregation by Sonia Arbaci, published in 2019, residential segregation came to the forefront. The book analyzes residential segregation in capital cities (Lisbon, Madrid, Rome, and Athens) and large industrial centers (Barcelona, Milan, Turin, and Genoa) of Southern Europe. In a pathbreaking analysis that integrates supralocal processes with highly contextual actors and dynamics, the book shows that spatial segregation is not a mere projection of social inequalities on space but the complex result of the interplay of urban structures, migration processes, urban regulations, housing production (both public and by the market), tenure structures and land availability.

[1] These articles achieved a considerable impact, jointly receiving 2,711 citations in Google Academic by May 2021. SUSC’s books on the matter received 1,046 citations by the same date.

Desegregation and Integration as Linked or Distinct? Evidence from a Previously ‘White’ Suburb in Post‐apartheid Cape Town
Charlotte Lemanski (2006)

The Enclave, the Citadel and the Ghetto: The Threefold Segregation of Upper-Class Muslims in India
Juliette Galonnier (2015)

US cities:
Urban Outcasts: Stigma and Division in the Black American Ghetto and the French Urban Periphery
Loïc Wacquant (1993)

Urban Space, Restrictive Covenants and the Origins of Racial Residential Segregation in a US City, 1900–50
Kevin Gotham (2000)