The concept of the circular economy has gained significant political momentum because it offers policymakers a viable approach to tackling resource depletion, reducing waste and promoting economic development all at the same time. Current research, however, only focuses on the technological feasibility of this model, overlooking circularity’s inherent contradiction: namely, that it valorizes waste rather than reducing it. This article tackles this limit by questioning the role of the state in what we describe as ‘waste valorization’. It interrogates the urban political ecology of construction and demolition waste, the largest stream of inert materials in the world. It analyses CDW’s geographies and economic position in urban development and the shifting rationales by which it is governed. To do this, it compares historical shifts in how CDW has been regulated in Hong Kong and Rotterdam. The article shows that waste is no longer an abject residual of urbanization, but a driver of urban development and a burgeoning sphere of accumulation in ecological capitalism. 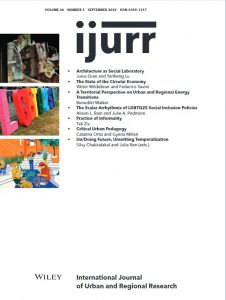