This Spotlight On explores the connections between urban studies and critical disability studies. Despite an increasing interest in the role of embodiment, affect and sensorial urbanism, urban studies has demonstrated a relatively limited engagement with physical, sensory or intellectual disabilities. For this series of essays, we invited authors to reflect critically on the social, spatial, cultural, political and/or economic processes through which cities and disabilities are co-constituted. The four essays collected here draw attention to the role of disabilities – and associated urban communities, movements and spaces – in shaping urban politics, epistemologies and everyday life, drawing on the authors’ work in cities in Australia, India, Ireland and the United States.

Critical disability scholars and activists such as Robert McRuer have elaborated a body of critical theory often dubbed “crip theory”. Extending queer theory, this work seeks to unsettle the norm of able-bodiedness, and to resignify disability as a political identity that can counter the naturalization of dominant bodily identities. Attempts to “crip” institutions, scholarship and curricula have involved calling out the exclusionary social practices and material forms that produce an ableist world. Rather than understanding physical, sensory or intellectual impairment as individual, medical problems that need to be cured, this perspective interrogates the regimes of normalcy that result in such tendencies to pathologize difference. Crip theory has been criticized, for instance for ignoring the different challenges faced by visibly and less visibly disabled persons, as Ellen van Holstein also points out in her essay, which places stronger emphasis on intellectual disability. Nonetheless, the broader project of disrupting normative regimes can offer important insights for those committed to analyzing and contesting urban injustice.

What might urban studies draw from these debates? Early and influential work by Rob Imrie and Brendan Gleeson sought to theorize disability through the urban environment, extending work that understands disability not as an individual, physical characteristic (or “lack”) but rather as a socio-spatially constructed effect. Focusing on disabling environments, Imrie highlighted how design professionals create hostile and inaccessible urban spaces that marginalize specific groups of people. As Claire Edwards discusses in her essay, more recently such geographical research has come to include a stronger focus on the lived experience and agency of disabled urban residents. Such work attends more specifically to their embodied, affectual and sensory encounters and strategies, understanding disablement as contingent and relational – experiences of disability emerge from specific, dynamic constellations of multiple bodies, materials and spaces. Such approaches connect directly to anthropological research on disability, which emphasizes that while disability is a universal social fact, we must also attend to the socio-cultural specificities that shape experiences of living with physical, cognitive or emotional impairments, and the diverse and creative forms of world-making this involves. 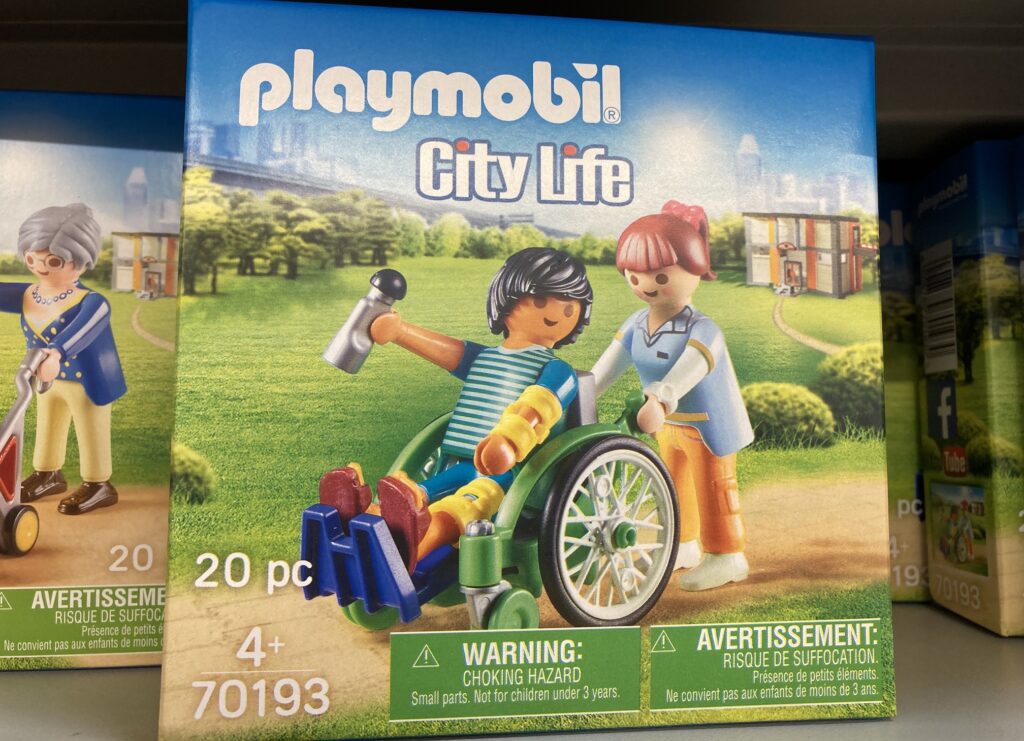 The four essays in this Spotlight On collection draw on and extend this work. Focusing on Nashville, Aimi Hamraie’s essay, Crip Mobility Justice, shows how urban planning aimed at transforming car-centric cities into people-centric, “healthy cities” can result in exclusionary built environments. Designing cities in ways that prioritize “active transportation” infrastructures – specifically, more public sidewalks, pedestrian spaces and bike paths – has tended to privilege healthy, able-bodied users, neglecting non-normative uses of the built environment by those who cannot easily move through the city by foot or by bicycle. Hamraie emphasizes the limits of understanding such tensions through the lens of neoliberal disability rights, which focus on individual disabled citizens’ and consumers’ access. Rather, drawing on disability justice and critical access studies, they argue for a “crip mobility justice” framework that understands ableism as a structure that works by privileging some disabled peoples’ needs (e.g. those of wealthy, white, straight, visibly impaired people) over others.

Drawing on her research in Indian cities, Renu Addlakha similarly underlines the importance of accessible urban mobility. She notes how significant legal advances that promote accessibility norms have intersected with India’s smart city policies. This has resulted in an emphasis on technological solutions that not only often misrecognizes the diverse practical needs and aspirations of disabled people, but also misuses limited resources. Her essay reflects on the politics of urban visibility: as people with disabilities avoid inaccessible, dangerous public spaces, their lack of visibility becomes an excuse to present accessibility as a luxury rather than as a basic necessity. Such narratives reinforce the idea that the “proper place” for people with disabilities is at home rather than in public, moving through cities. Addlakha also discusses the affective dimension – the feelings of humiliation, discomfort, indignity and shame – involved in navigating such disabled-unfriendly cities.

In seeking to understand the everyday politics of disability access in Melbourne, Ellen van Holstein’s essay identifies the limits of crip theory. Concentrating on urban residents’ embodied experience and expressions of disability, she considers the skew that results from academic or policy approaches that privilege physical over intellectual disabilities. Like Addlakha, she also highlights the complex politics of urban visibility and disclosure. She notes that where those with visible impairments find it hard to enjoy the experience of urban anonymity, others may suffer the humiliation of being forced to disclose their less visible disabilities to access rights or support. To encompass this variety of urban experiences of disability, she proposes drawing on Tim Ingold’s concept of the taskscape. Approaching cities as landscapes formed over time through the ensemble of people’s everyday socio-technical practices (or “tasks”), van Holstein suggests, nuances the concept of disabling urban environments. It shifts our attention to the diverse skills, technologies and social relationships that enable the everyday practices through which cities are made, in an uneven but collaborative, interdependent fashion.

In her essay, Claire Edwards focuses on the domain of urban safety, exploring what geographies of urban security might learn from a closer engagement with disabled people’s lives. Drawing on her research in Irish cities, she shows the distinct ways in which disabled people perceive and experience threats to their safety, and the mismatch with how urban planners and policymakers attempt to design safer cities. She suggests, for instance, the value of extending a core preoccupation with public space and transportation infrastructure to attend more closely to less visible urban spaces. For many people with disabilities, domestic space – whether the private space of the home or the semi-private space of an institutionalized setting – is a core site of insecurity, but one that is often overlooked by urban policymakers and scholars alike. Edwards also emphasizes that urban in/security is not only emplaced and embodied, but materially mediated: objects and assistive aids that extend the body play a crucial role in how people with disability experience and negotiate urban safety.

Read together, these four essays indicate the various experiences of urban mobilities, precarity and injustice that people with disabilities across the world share, while also demonstrating the immense diversity of these experiences within and across cities. More broadly, the essays act as a call to urban studies to incorporate these diverse experiences of disability more directly into our theorizations of urban difference and inequality.

In every Spotlight On issue, we seek to highlight articles previously published in IJURR that connect to the topic. To my disappointment, research focused on disabilities in relation to urban life is almost entirely absent in the IJURR archives; we are able to feature only one published article that focuses squarely on the politics of disability. By spotlighting this article from 2013, by Dikmen Bezmez, in combination with the new web essays presented here, we hope to encourage new conversations on the urban dimension of disability, and on the role of ableism in urban struggles.

All essays on The Disabling City

Disability and the Pursuit Of Mobility: Risks And Opportunities in the Indian Urbanscape
Renu Addlakha

The City as Taskscape: An Enabling Theory for the City
Ellen van Holstein

Urban Citizenship, the Right to the City and Politics of Disability in Istanbul
Dikmen Bezmez

ALL ESSAYS ON The Disabling City

Disability and the Pursuit Of Mobility: Risks And Opportunities in the Indian Urbanscape
Renu Addlakha

The City as Taskscape: An Enabling Theory for the City
Ellen van Holstein