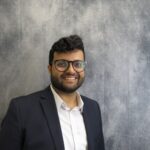 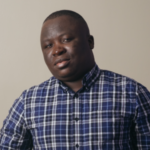 Elmond Bandauko is currently a PhD Candidate and SSHRC Vanier Scholar in the Department of Geography and Environment at the University of Western Ontario (Canada). He is also a Graduate Fellow in the Centre for Urban Policy and Local Governance at the same University. Elmond’s Doctoral research focuses on urban governance and the spatial politics of street traders in Harare (Zimbabwe). Elmond’s research interest also spans areas such as urban transformation in Global South cities (gated communities and new cities), urban informality, urban marginality among others. His research is published in journals such as Urban Research and Practice, The Canadian Geographer, Journal of Housing and the Built Environment, International Development Planning Review among others. 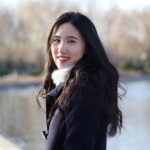 Xiaowan Cang is a doctoral student in Area Studies (China) at The University of Oxford. Her doctoral project is about anthropological demography, population control policy, women’s fertility perceptions, intergenerational dynamics, gender relations and child-rearing practices under the Three-Child Policy in urban China. She investigates how one-child generation middle-class urban women perceive the shift from anti-natalism to pro-natalism and make reproductive decisions. Since 2019, she has conducted long-term ethnography and over 110 in-depth interviews in different tiered cities in Shandong Province, China. She is also generally interested in family relations, motherhood discourse, stratified reproduction, social mobility and biopolitics. 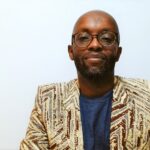 Mwangi Chege is a Geography PhD candidate at Clark University in Worcester, Massachusetts. A Kenyan national, his work lies at the intersection of Urban Geography and Agrarian Studies. His dissertation research examines rural-urban entanglements and processes of agrarian change induced by urban actors and households in contemporary Kenya. He holds an MA in International Relations and Economics from the Johns Hopkins University and a BA in Geography from the University of South Africa (UNISA). 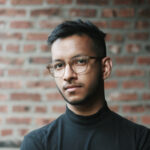 Swarnabh Ghosh is a PhD candidate in urban planning, and a secondary field candidate in science, technology, and society at Harvard University. His work is methodologically grounded in critical geography, political economy, and environmental history. His dissertation revisits the prehistories and afterlives of the “Green Revolution” through an examination of the historical geographies of perennial irrigation, primary commodity production, and environmental crisis formation in north-western India from the late-nineteenth to the late-twentieth centuries. His broader research interests include agrarian studies, the political economy of urbanization and development, political ecology, infrastructure studies, and the historical geography of capitalism. 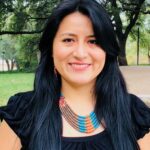 Alexandra Lamiña is a doctoral candidate in Latin American Studies at the University of Texas at Austin, where she also pursued master’s degrees in Community and Regional Planning & Latin American studies. As a geographer, her work has focused on Indigenous geographies and regional planning in Ecuadorian Amazonia. She has also participated in geographical assessments in Indigenous and Afro-Latin descent Politics of Territorial Rights and Autonomy in Bolivia, Colombia, and Brazil and planning studios in the Dominican Republic and Mexico. Her dissertation examines how Indigenous people in Ecuadorian Amazonia transform colonial urbanization through Indigenous knowledge production, mobilities, and Indigenous Planning. 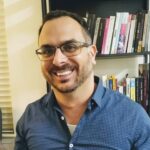 Eldad J. Levy is a PhD Student in the department of sociology and a fellow of the Urban Ethnography Lab at the University of Texas at Austin and. Raised in both Mexico and Israel, he is fascinated by a variety of sociological themes including economic sociology, collective memory political violence, and urban insecurity in Latin America. His ethnographic research takes place primarily in Mexico. Eldad’s work examines the rise of private security entrepreneurship in Mexico City, and studies how entrepreneurs shape increasing dimension of social and economic life in Mexico City. His research examines the industry as not merely a rapidly expanding market, but also as a new global force that introduces technologies and ideals of professional security to regulate class differences and reshape labor, space, and life in the global city. Asif Mehmood is a third-year doctoral candidate at SUNY-ESF, Syracuse, NY. He has done his master’s degree in public policy with a course concentration of urban policy and planning from National University of Singapore. His doctoral work ethnographically explores how China-Pakistan Economic Corridor (CPEC) projects work at the confluence of infrastructure, nature, and statecraft. He is interested in questions of urban political ecology, land, infrastructure, nonhuman ecologies, urban governance, and environmental humanities. His research has been published by peer-reviewed journals like South Asia Research, Cultural Studies, and Antipode (forthcoming).

Guilherme Minarelli is a PhD candidate in Political Science at the University of São Paulo and a junior researcher at the Center for Metropolitan Studies in Brazil. His current research is about the relationship between property tax, land use regulation policies, real estate and growth dynamics at the municipal level from São Paulo’s case. The research seeks to understand how the disputes that resulted in more progressive
and redistributive fiscal policies and in more capacity to regulate urban growth were politically accommodated by governs of different ideologies and what are their effects in the patterns of spatial segregation.

Laura Sobral is a PhD candidate at ISCTE-Instituto Universitário de Lisboa and at TU Wien, researching territorial policies that foster the distribution of local power through the co-production and co-governance of public spaces. She has a BA and MSc in Architecture and Urbanism from the University of Sao Paulo with an exchange program at Universidad Politecnica de Madrid. She is also a German Chancellor Fellow with the Alexander von Humboldt Stiftung and a co-founder of the Instituto A Cidade Precisa de Você [The City Needs You Institute], a CSO that aims to improve public spaces through social actions, hands-on interventions and advocacy strategies. 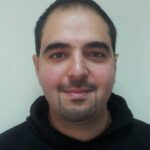 Saad Amira is a PhD candidate/lecturer in the Urban Studies Department at the University of Basel in Switzerland and a Visiting Researcher at the African Center for Cities at the University of Cape Town. His research examines the Political Ecology of Israeli Settler-Colonialism, the Social History of modern Palestine, and Social Movements in the Eastern Mediterranean region. 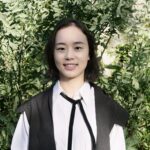 Yinglei Chen is a DPhil candidate in Migration Studies (Anthropology) based at COMPAS, University of Oxford. Her research interests lie in urban anthropology, the geopolitics of mobility and the hierarchy in the southwest ethnic region of China. Her research investigates the spatial logic of cities built in ethnic minority areas under the socialist politico-economic system and China’s ethnic structure and its interplay with the social and spatial mobilities of the urban elites. Mohammad Sajjad Hussain is a PhD candidate in the Department of Sociology at Delhi School of Economics, University of Delhi, India. In his doctoral research, through the case study of food delivery workers, he looks at how labour platforms are shaping work.
It aims to provide insights on how food is circulated in hyper-local context and how labour platforms in the global south operate. Prior to his doctoral studies, he worked as an Academic Associate at the Indian Institute of Management-Bangalore and as a researcher at the Hyderabad Urban Lab. He gained his BA from Nizam College and MA in Sociology from the Delhi School of Economics. Dian Tri Irawaty is a PhD candidate in the Geography Department, UCLA. She researches social movements, urban politics, and housing. Her dissertation project examines resistance to eviction in Jakarta, and grassroots movements fighting for housing justice through insurgent planning. In the past, she has worked on housing justice with two prominent NGOs in Jakarta, the Urban Poor Consortium and the Rujak Center for Urban Studies. Rita Nasr is an artist, architect, and urban planner. Currently she is a PhD candidate at the University of Reading.  Her research interest focuses on issues related to urban planning, infrastructure, territorial governance, institutions, power, and spatial management. She has participated in multiple urban studies in her country Lebanon. She conducted a fieldwork that deals with the problem of housing in Beirut, with a focus on tenants’ experiences in securing housing in the city and the danger of being evicted. Rita has been undertaking the role of the editorial administrator of the journal of Planning Theory since January 2019. Lakshmi Pradeep is a PhD candidate at the South Asian Studies Programme, National University of Singapore. Her research interests include Anthropology, Political Ecology, Science and Technology Studies and Island Studies. Her doctoral research is an ethnography on coral conservation, climate change and island protection of the Lakshadweep Islands in the Indian Ocean. She holds an MPhil degree in Sociology from Jawaharlal Nehru University and Integrated Masters in Sociology from University of Hyderabad, India. Her current work brings together her research interests in urban studies, African development, industrialization and authoritarianism. She aims to bring the urban dimension of structural transformation in to an analysis of the politics of development in developmental authoritarian African states. She asks how authoritarian politics has shaped urban policy planning and development and its integration into industrial and economic development strategies in Ethiopia.

Vivian is a Ph.D. candidate in Geography at the Pennsylvania State University. She is a feminist political geographer interested in social reproduction, the embodiment of labor processes, and the geopolitics of gender violence. Her current research charts the development of feminist interventions that mobilize care as an instrument for public protest within the organized struggle against feminicide in urban contexts of central Mexico. She has a Bachelor’s degree in Latin American Studies from Universidad Nacional Autónoma de México (UNAM) and a Master’s degree from the University of Texas at Austin. She is originally from Mexico City. Pedro Silva Rocha Lima is a PhD Candidate in Social Anthropology at the University of Manchester. His current research looks at a humanitarian initiative by the International Committee of the Red Cross that addresses urban armed violence in Greater Rio de Janeiro through techniques of risk management. Based on ethnographic fieldwork in Greater Rio, he explores urban violence in relation to notions of normality, risk, and humour as an expression of embodied knowledge. Additional research interests include power inequalities in global academic production and the relationship between secrecy and research ethics.

All writing up grants

Past writing up grant holders