The Ray Pahl Fellowship was run by the IJURR Foundation (previously Foundation for Urban and Regional Studies (FURS)) from 2012 – 2017 to enable a post-doctoral researcher within five years of being awarded a doctorate to spend a year writing a series of articles or a book based on their PhD research. 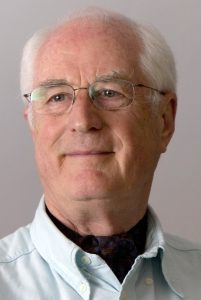 The Fellowship is named after Ray Pahl (1935 – 2011) who was a renowned urban scholar. Ray was initially a geographer, studying at Cambridge and then sociology at the LSE. He then spent most of his academic life at the University of Kent at Canterbury in the UK, where he was appointed initially as a lecturer and then promoted in 1972 as the Professor of Sociology. He later moved to Essex University, where he was part of the team that established the British Household Panel Study.

Ray was key to the establishment of FURS in 1995, acting as its first chair. He was also a member of the editorial board of the International Journal of Urban and Regional Research and President of the Research Committee 21 (urban sociology) of the International Sociological Association, as well as playing a role in establishing the Central European University in Prague in the early 1990s. Among his long list of publications was his influential early book Urbs in Rure (1965), based on his doctorate. This was followed by, among others, Whose City? (1970), Patterns of Urban Life (1970) Divisions of Labour (1984), On Work (1988), After Success (1995) Friendship (2000) and numerous articles in a range of journals. His long career and contributions to studies of social interaction, work and employment, polarisation and friendship, and as a pioneer of qualitative methods, was recognised by his election as a Fellow of the British Academy in 2008. His death from cancer in 2011 was too early but his huge contribution to urban studies now lives on in the name of the fellowship. 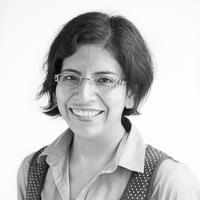 After an intensive selection procedure, Jessica Pineda Zumaran, PhD in Planning and Management of urban environment of the University of Manchester, was selected.

She worked on a continuation of her doctoral and postdoctoral research which deals with interrelations between urban politics, planning systems, the professional implementation and the urban quality of constructed ambiances. she will analyse the influence of politics in provision of infrastructural roads in informal ex-quarters and in urban renovation of historical centres to construct public spaces. This research, intents specifically to show which role the regulation of zonation, the norms of construction and the design of urban-architecture takes in the quality of the named public spaces. The case study will be the city Arequipa (Perú).

Before starting the fellowship at COES she was a postdoctoral research fellow in Toyko, Investigation Laboratory Radovic Co+labo and the University of the United Nations. She analysed connections between the politics of housing and the construction of public spaces on urban micro-scales (quarters and roads) in Peruvian cities. 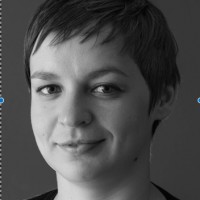 Dr Naomi Roux was elected as the 2016 holder of the Ray Pahl Fellowship in Urban Studies, to be hosted at the ACC.

Naomi used the year to develop her PhD (Birkbeck, London) into a book about memory and urban spatial transformation. Her case study is Nelson Mandela Bay Municipality (Port Elizabeth), South Africa. Her work there examined links between post-apartheid urban transformation and the accompanying official and unofficial constructions of public memory and heritage. Specifically, Dr Roux’s research probes the extent to which ephemeral forms of collective memory and heritage hold potential for alternative, participatory memorial practices. These in turn allow for multiplicity, divergence and productive conflict. Key ideas are that the city is a potentially democratic space, both politically and in the sense that urban space is a text and archive authored collectively by its inhabitants.

Irene Ramos was the holder of the first Ray Pahl Fellowship in Urban Studies to be hosted at the COES. She holds a PhD in Sociology (Ecole des Hautes Etudes en Sciences Sociales).

Her research concerns  the relations of power and authority between generations, studied through ethnographic observation in two regions of southern Mexico: Guerrero and Oaxaca. The central themes of her research are the way that the marriage covenant and political alliance associate and disassociate over three generations and the unique relationship that has prevailed between the alliance and violence in the political history of Mexico . Her work is part of a sociological critique and evaluation of the way that people in a particular social situation evaluate and judge their circumstances and how to act accordingly. Epistemology, field work and writing in social sciences are also areas of interest.

During the tenure of his Fellowship at the ACC, António, a graduate of Columbia University, reworked his PhD thesis into a research monograph about the dialectics of spatial transformation in Luanda.

One of the oldest colonial cities in the southern hemisphere, founded in 1575 by the Portuguese, Luanda took contemporary shape in the 1960s during late colonialism. Its architects were heavily influenced by Le Corbusier’s modernist principles. Postcolonial urbanism has not followed the tenets of International Style, but it has, nonetheless, insisted on forms of spatial distribution that do not take into account the ways in which the city’s inhabitants have produced Luanda. António’s book will be a critique of the ideas that have underpinned colonial and postcolonial architectonic interventions in Luanda. His ethnographic critique will provide insight into the ways in which Luanda’s inhabitants dissemble the city imposed through top-down master plans and, into the ways that community interactions bring about new and transformative practices of space use.

During her tenure of the Fellowship at the ACC, Jenny reworked her PhD thesis for publication as a research monograph. A graduate of the London School of Economics, Jenny’s research is concerned with cultural entrepreneurship and social change in urban West Africa. Her work focuses specifically on the hip-hop music economy of Dakar (Senegal) and Ouagadougou (Burkina Faso). She argues that recognition of this specific urban economy is a valuable way of understanding and managing African cities and the dynamics of their creativity.

Jenny’s Fellowship proposal noted that “the entrepreneurial dimensions of a specific urban culture in Francophone West Africa, has opened up a new field of study between cultural policy, urban politics and the study of cultural industries (particularly music)”. She envisages her book enriching knowledge about cultural entrepreneurship generally by attending to the phenomenon in the urban global South, and by researching in new registers. Dr Mbaye’s expectation is that the rewrite will be the better for drawing on the ACC’s experience and perspectives on critical urban research and policy discourses for the production of vibrant, democratic and sustainable urban development in the Global South, and from an African vantage point.

The fellowships are not currently running while the IJURR Foundation explores other avenues to support our key aims of promoting and improving social scientific research, education and scholarship in the field of urban, rural and regional studies.

The fellowships are not currently running while the IJURR Foundation explores other avenues to support our key aims of promoting and improving social scientific research, education and scholarship in the field of urban, rural and regional studies