Home   Spotlight On   Language and the City   City Talk

“This area is full of graffiti, immigrants, kebab vendors and I was asked more than once if I wanted to buy drugs. It does not even feel like being in Germany, with the whole Turkish kebab shops, rather in Istanbul or some other Middle East city. Stay away from here, nothing to see and to do.”

“Brixton – a name that evokes many images, crime, riots, the clash, electric avenue etc… its definitely edgy but mostly providing you use your common sense you will be fine, this isnt the bronx after all…”

The language of the city is filled with antagonism. Delve into any corpus of linguistic data that features people describing urban places – in this case, neighbourhood reviews on TripAdvisor – and it is not hard to find unconcealed racism, class hatred, xenophobia, exoticism, and other acts of symbolic violence. These might be peculiar examples, and online reviews as a genre are aggressively judgmental texts. But the casual classification of particular kinds of neighbourhoods, districts, housing types and tenures is an everyday sociolinguistic practice. By stigmatising some urban spaces and valorising others, the quotidian language of the city congeals into the ideological substructure of urban change.

We can use the term “city talk” to denote the everyday language that describes, assesses and classifies urban space. Especially in the Anglophone global north, a lot of routine city talk serves to legitimise the unequal urban status quo. It is completely normal and unremarkable for social housing to be described as dangerous, gritty, or grim regardless of how safe or secure residents feel. It is assumed that inner city signifies danger, deprivation, and racialised communities. It is commonplace for areas with large numbers of working-class migrants or their descendants to be described as dirty, edgy, or noisy no matter what the social atmosphere or built environment are actually like. On other hand, the process of making a neighbourhood more expensive and exclusionary is described as renewal or renovation. There is a common sense threaded through spoken and written discourse that denigrates the housing and social spaces of the working class and poor and affirms exclusionary forms of socio-spatial change. In doing so, it makes inequality seem natural and inevitable. 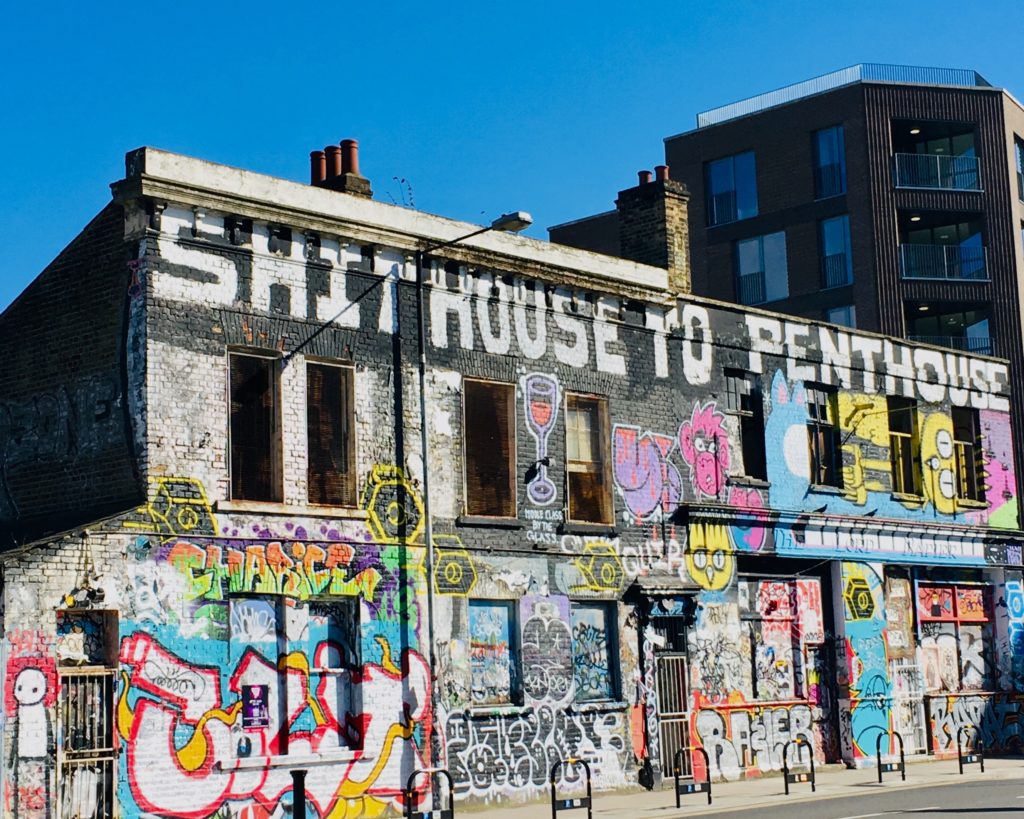 City talk often makes use of two rhetorical techniques: dysphemism and euphemism. Stigmatising urban terms are generally dysphemisms, in that they add extra contempt when describing places or people. Slum does not merely name an informal, impoverished or autoconstructed urban district. It also implies that the speaker sees such a district as dismal and deficient. In contrast, some urban terms are euphemisms, in that they cast harmful processes in a positive light, in part in order to avoid activating resistance. Instances of revitalisation, place-making, and improvement often necessitate evictions, displacement and other injustices that their proponents would rather not mention. Other common examples of city talk make use of synecdoche to suggest that what benefits only specific classes or groups is actually beneficial for everyone who lives in a city, as in the claim Amazon is good for New York.

City talk is inherently local. It varies between urban regions, between nations, between dialects and languages. Common terms in vernacular American English such as the projects, the hood or the ghetto reflect the particular history of capitalist urbanisation and racial segregation in that country. In the UK, terms like sink estate, social mix, or regeneration reference specifically British intersections of social class and spatial politics. Local urban terms do not always cross borders smoothly. Renters in Britain mobilise under the identity of tenant, but residents of public housing in New York see that same word as demeaning. Foreigners in the UK are often horrified to learn that the euphemistic British expression for removing all of the residents from a tower block is decanting, as if mass eviction was something to savour. Outside of Britain, the term estate generally brings to mind aristocratic mansions and sprawling landholdings, but within Britain it evokes social housing and is frequently used in a stigmatising manner.

City talk is also relational. To engage in city talk is to situate oneself and others within or without particular communities, tenures or social spaces arranged in a social hierarchy. To call oneself a local is to assert rightful ownership of a neighbourhood or city above the claims of others. Pejorative terms like slum or ghetto represent the perspectives of outsiders who see themselves as social superiors. When insiders use such words to describe their own housing, they usually do so in the spirit of subversion, thereby emphasising their membership in the community.

In sum, city talk is always political. Dominant ways of knowing and talking about urban space naturalise some perspectives to the exclusion of others, and in doing so, help to limit the array of possible political outcomes. On its own, everyday speech about the city is probably no more significant in shaping the social world than is speech about other phenomena. But city talk has enduring political import by influencing the epistemic categories and practices used by governments, real estate capitalists, planners, think tanks, universities and other powerful city-shaping institutions. Tony Blair justified New Labour’s agenda for the privatisation and demolition of council estates by drawing on familiar tropes about “no-hope areas” filled with “households where three generations have never had a job”. [1] David Cameron announced his own assault on council housing by vowing to “blitz” the “brutal high-rise towers” of “sink estates”. These agendas seemed acceptable in part because they drew on pre-existing notions about council estates as places somehow deserving to be blitzed. Disputed academic concepts like the underclass or concentrated poverty or ambiguous socio-spatial amalgams like blight draw equally from the technocratic tradition in urban sociology and from the charged field of vernacular city talk. Arguably, neighbourhood redevelopment is always preceded by discursive moves that make it seem necessary and legitimate. Problematising urban space is an inherently political act.

There is now a well-developed and incisive critical literature on territorial stigmatisation.[2] It makes clear that stigmatisation is a project: it is carried out for specific reasons in order to facilitate particular interests, even as it draws strength from broader ideological currents. At the same time, stigma is not the only political dimension of city talk. The city is also shaped by what is valorised and applauded. Developers tout creative new construction, no matter how generic it may be. Local governments promote developments that will put their city on the map, implicitly dismissing the needs of residents, for whom proverbial maps are not necessary. Architectural tastemakers praise bold and visionary designs regardless of who can inhabit them, on what terms and at what cost. In this entrepreneurial, neoliberal era, ideological support for exclusionary urbanism lurks in many common images of what a good city looks like.

There is no clear, unidirectional relationship between everyday city talk and the specialised concepts that are operationalised by researchers, designers, planners, and the state. There is two-way traffic between them. What is clear is that people shape urban space in part by shaping the language used to describe and know it. But they do not do so in conditions of their own choosing, nor do they do so equally. As cities change, the language of cities is also in flux, but these changes are neither socially disinterested nor politically neutral. Language does not cause displacement, evictions, segregation or precarity, but it can make them seem normal and deserved. Alternatively, it can be used to identify and contest new techniques for remaking space and displacing people, as with terms coined by activists and critical urbanists such as renoviction, predatory equity, social cleansing, artwashing, land grabbing, and indeed gentrification itself a generation ago. New language on its own will not create emancipatory urban change. But there is real critical potential in skilfully diagnosing and artfully naming the processes that make up the contemporary urban condition.