Home   Spotlight On   Language and the City   Public Signage: Language, Ideology and Claims to Urban Space

An obvious, yet seemingly banal, characteristic of contemporary urban spaces is their multilingual nature, with multiple languages confronting passers-by at every turn and on every street corner from signs in various shapes, sizes, and colors with invitations to visit enterprises, buy goods, experience commodities, and consume knowledge. As Coulmas (2009) argues, the inception of public displays of writing accompanied the earliest urbanization and the emergence of more complex forms of social organization and economic activity. Dating back as far as Babylon 1700 BCE, public signage was leveraged as a means to establish authority, enable economic trading and communicate information to members of multilingual societies.

Yet written language in urban space does more than just convey coherent, informative content. In the 1960s and 1970s, language planners in territories fraught with histories of linguistic conflict became interested in using monolingual signage as a political tool to establish language borders, to demarcate space linguistically, and imbue it with a distinct regulated linguistic identity (Landry and Bourhis 1997). Bill 101 in Québec, for example, which enforced the predominant use of French on any official or commercial piece of writing in the public sphere, was ratified in 1977 to protect the dominant position of French as the sole official language and to shield it from the influence of English. 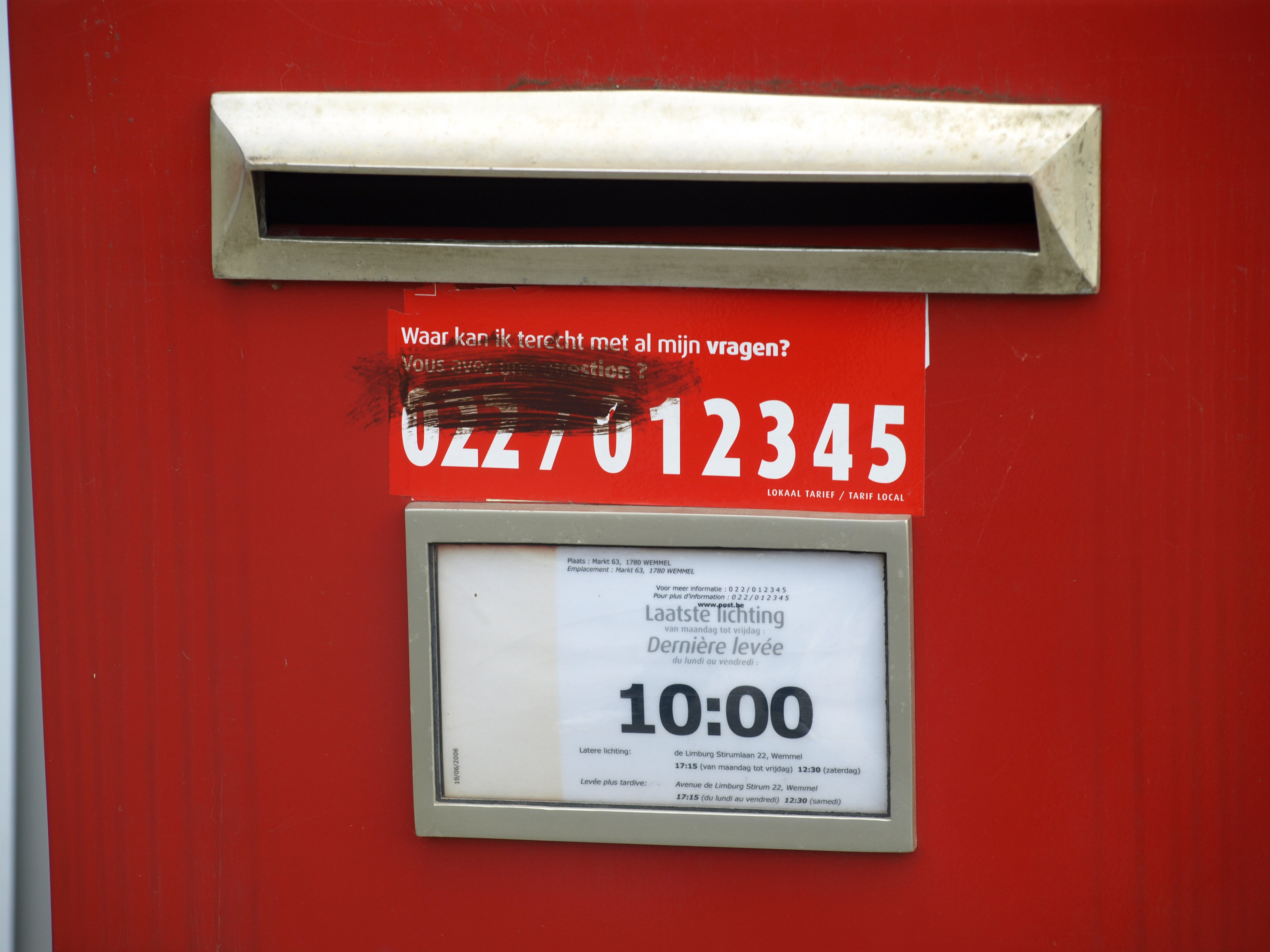 In contrast, language policies throughout Belgian history have served as political tools of compromise to alleviate conflict and solve political turmoil. Language in Belgium is not a neutral property: it has played a key role in the country’s politics in both the past and present and continues to be one of the underlying principles of the Belgian federal structure. At the time of Belgium’s independence in 1830, the sole language used in official domains and public affairs was French, the language of the ruling class and elites, and of social mobility, while Dutch and Flemish culture were suppressed and Frenchification promoted.

In the late nineteenth century, a romanticist Flemish Movement began to oppose the predominance of French and fought for recognition of, and equal status for, their language and culture. Flemish nationalism has always been implicitly connected to language and present-day Flemish nationalists still invoke a linear ideological narrative of continuous Flemish Struggle (Blommaert 2011). Their efforts resulted in sets of laws passed in the 1930s and 1960s, which in combination with six state reforms (from 1970 to 2011) led to the devolution of Belgium from a unitary monolingual state model into today’s officially trilingual federation of three Communities and Regions. A territoriality principle constitutionally demarcates three linguistic Regions and designates that any official communication in these areas be expressed in the locally official languages: Dutch-speaking Flanders, French-speaking Wallonia, and the bilingual French-Dutch capital Brussels. Language use on public signage proved paramount here, as these language laws guaranteed the systematic demarcation of the Regions through monolingual official signage. A limited number of constitutionally determined municipalities near the language borders also offer language facilities to local residents speaking another official language.

This intricate federalized system and political-linguistic territoriality has led to societal parity and, to some extent, to compromise and subdued peace between the Dutch- and French-speaking communities. Notwithstanding, a divisive issue and political Gordian knot that is still outstanding is the capital of Brussels. A historical language shift to French during the nineteenth and twentieth centuries continues to undercut the city’s official French-Dutch bilingualism and to fuel animosity between the French-speaking and Dutch-speaking Belgian communities and political blocs. 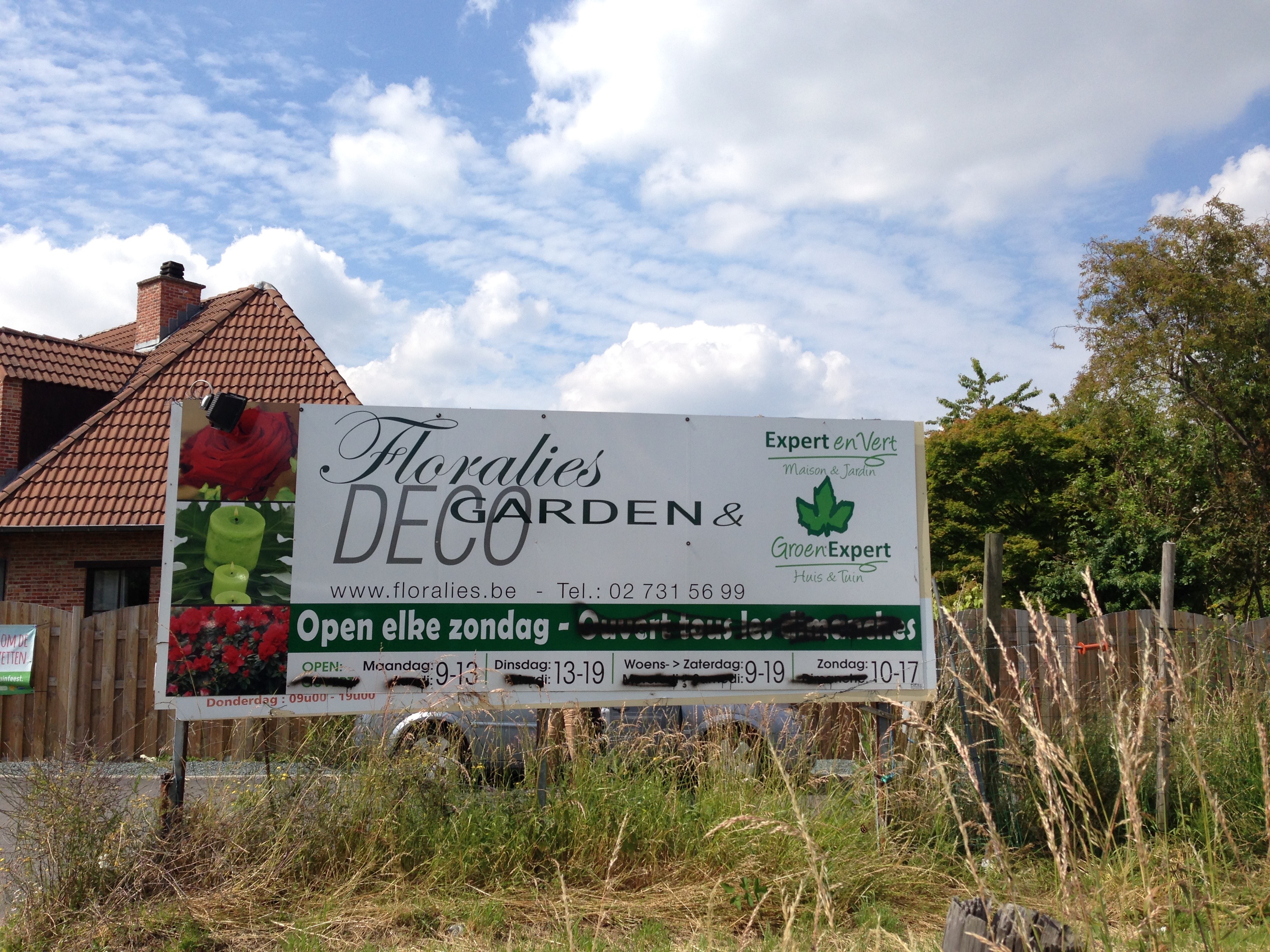 As a result of Brussels’ status as the European capital and a prominent “global city”, and despite its official French/Dutch bilingual status, the city is characterized by considerable multilingual, multiethnic and multicultural diversity feeding into the city’s outlook as “a new Babylon” (Verlot and Delrue 2004: 237) and turning it into a “superdiverse” locality par excellence (Vertovec 2007). Yet attitudes towards language use in Brussels’ public spaces mostly concern the adequate use of Dutch alongside French. Multiple examples of mistranslations of Dutch on official signage in Brussels made newspaper headlines in recent years, illustrating the continued grievances surrounding Dutch as an official yet minority language in the Belgian capital.

A more prominent struggle over linguistic space concerns Brussels’ immediate geographical periphery – the Flemish Periphery – which encompasses Flemish countryside and officially Dutch-speaking municipalities. As with all prominent and vibrant cities, this urban periphery experienced continuous expansion, urbanization and suburbanization throughout the twentieth century, as the Brussels population moved and continues to move away from the urban center to “greenbelt boroughs” in the quieter and more affordable periphery. Given historical and contemporary Flemish nationalist sensitivities and their struggle for a linguistically homogenous Flanders, the issue here is that in practice this residential trajectory of the French-proficient Brussels population implies Frenchification of Flemish municipalities, as French-speakers did not necessarily feel the need to adapt linguistically to their new environment (Van Velthoven 1987).

Over the last decades, the institutional and linguistic status of this peripheral zone has been the cause and object of political incidents, conflicts and even political resignations. Language use in this urban liminal space has proven to be equally controversial and ideologically charged, with public signage becoming a battlefield, often in emblematic ways: Flemish citizen initiatives physically removing and painting over French on signage have become commonplace, as has official encroachment by the Flemish government on private and commercial language use, formally unregulated by language laws, yet policed within the grey zone limits of the law (Janssens 2012; Van Mensel et al. 2016).

In recent years, Flemish nationalist party members in positions of power throughout Flanders have taken on similar quests to symbolically construct Flemish urban space as monolingual homogenous Dutch regions in areas farther removed from the capital and its alleged threats of Frenchification. Local Aldermen for Flemish Affairs have installed regulations to Dutchify, solidify and protect the Dutch-speaking nature of their respective towns. Traces of French in the public sphere are seen as a threat, as an index of pollution and lack of national pride by local Flemings. A recent case that caused quite some upheaval in the Belgian press involved the partly French name of a snack bar, eliciting opposition from a local Alderman of Flemish nationalist background.

What this illustrates is the political resourcefulness of language visibility in urban spaces and their potential to function as ideologically malleable tools to convey the predominance of Dutch to inhabitants – old and new – and to encourage newcomers to learn Dutch and to participate and integrate into mainstream Flemish society. A predominant Dutch-speaking urban landscape, both visual and sonic, becomes a means to instill a doxa (Bourdieu 1977): that which is accepted in society as self-evident and taken for granted; in this case a linguistic doxa. By creating a monolingual street scene constructed out of Dutch and Flemish signage only, policymakers hope to also influence spoken language use and private linguistic practice. An interview-based study that I conducted showed how, in light of the Flemish nationalists’ latent sensitivity to French, not all languages are treated equally (Vandenbroucke 2017). In this homogenous Dutch-speaking doxic landscape, the use of Thai or English is deemed acceptable, while French is explicitly singled out as inappropriate and to be replaced by Dutch. Urban spaces are thus public spaces in which language practices and the ways in which they are interpreted are informed not just by geographical locality, but also by histories of contestation.

Mieke Vandenbroucke is a postdoctoral researcher in the Department of Linguistics at Ghent University in Belgium. Her research interests lie at the intersection of sociolinguistics and urban geography with a particular interest in the impact of globalization and migration on multilingual urban settings in Europe.

Vandenbroucke, Mieke. (2017) Whose French is it anyway? Language ideologies and re-emerging indexicalities of French in Flanders. Language in Society 46: 407-432.