As IJURR’s Interventions Editor, it is my pleasure to introduce the newest set of Spotlight On essays, focusing on the socio-political causes, contexts, and consequences of water scarcity in cities around the world. Inspired by the quite distinct water crises underway in the cities of Flint and Cape Town, we wanted to put the experiences in these cities into conversation with others whose marginalized residents also experience a shortage of safe and affordable water; cities that include Mumbai, Detroit, São Paulo, and Accra. While water scarcity in Cape Town and Flint (as well as São Paulo) has manifested as a dramatic crisis event that has garnered international media attention, water scarcity for most urbanites is the less dramatic experience of persistent shortages, high costs, and cumbersome acquisition. We have assembled an impressive group of established and emerging scholars working in this area to offer their insights on both types of scarcity, and reflect critically on the conditions that produce it and the social effects it engenders. 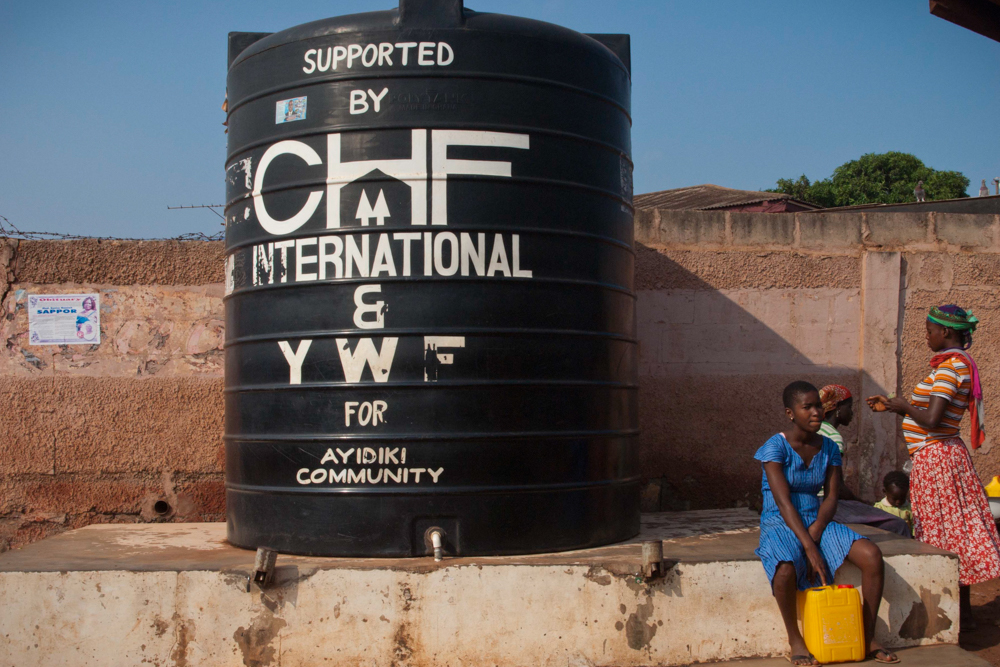 These authors share the conviction, stated most directly by Nikhil Anand, that water shortages have less to do with inadequate supply and more to do with the design, distribution, management, and use of water and water delivery systems. Similarly, Scheba and Millington remind us that scarcity is not fixed but is produced. Across the essays, we can trace its production through historically entrenched patterns of economic and racial exclusion; infrastructures that are aging, splintering, and increasingly inadequate; and neoliberal policies and practices that have weakened the state’s capacity to allocate resources and manage crises. These forces, meanwhile, are interacting with and shaping the effects of increasingly severe and frequent droughts. While each of the authors emphasizes a distinct and localized set of social structures and processes, the three themes of inequality, infrastructure, and crisis cut across the collection and emerge as a potentially useful framework through which to analyze urban water scarcity.

Several of the essays highlight the centrality of racial and socioeconomic inequality as both a facilitating condition and an outcome of unequal water access. Nikhil Anand explains that water scarcity can help us see existing patterns of social exclusion, while also producing new forms of inequality and exclusion. Building on this point, Malini Ranganathan demonstrates that these forms of social exclusion are intersectional and geographically varied. Produced through racially segregated property regimes, low-income communities of color in the US typically pay more for water, while the high cost of water exacerbates the conditions that produce their poverty, including utility shutoffs and evictions, and lead poisoning and its associated health effects. Across the essays, we see varied and intersecting forms of inequality implicated in these processes, including racial and economic inequalities within cities, regional inequalities between cities, and political inequalities that shape landscapes of power both within and between them. As Daniel Aldana Cohen argues, these political inequalities, which tend to be overlooked in most critical studies of infrastructure, shape the horizon of possible solutions and responses. In the case of São Paulo, the responses are helping to facilitate a regime of “eco-Apartheid” and exacerbating existing social inequalities.

The theme of infrastructure also cuts across several essays, which attribute scarcity to the complex technical (and social) assemblages that facilitate the uneven and inadequate distribution of water across a diverse set of cities. Malini Ranganathan points out that in older American cities, existing water and wastewater infrastructures are nearly eighty years old, built during the New Deal and World War II. While acknowledging that these infrastructures were built into uneven, racially segregated urban landscapes, Ranganathan points out that their age and vulnerability to climate-induced disasters mean that they are requiring significant investments and dramatically increasing the cost of water access. Nikhil Anand makes a similar point in the context of Mumbai, arguing that with its “centralized technologies [and] aging pipes, the modern water supply paradigm is wasteful, aging, energy intensive and increasingly difficult to maintain.” According to these authors, residents’ limited access to accessible, safe, and affordable drinking water, in cities from Flint to Mumbai, is partially a consequence of the flawed paradigm of modern technical infrastructure. This point is underscored by Peloso, Morinville, and Harris, in their depiction of variegated water access in Accra, where only a tiny fraction of the population accesses water through these formal infrastructures. Most residents of Accra meet their water needs more creatively, through “a multiplicity and complexity of hydro-social networks and entanglements.” Positioning their findings against the Millennium Development Goal of universal water access, Peloso, Morinville, and Harris argue that addressing the problem of water scarcity requires that we rethink the materialities and social relations of infrastructure and water delivery systems, using not the modern water supply paradigm as our starting point, but the actually existing practices being deployed in cities like Accra. 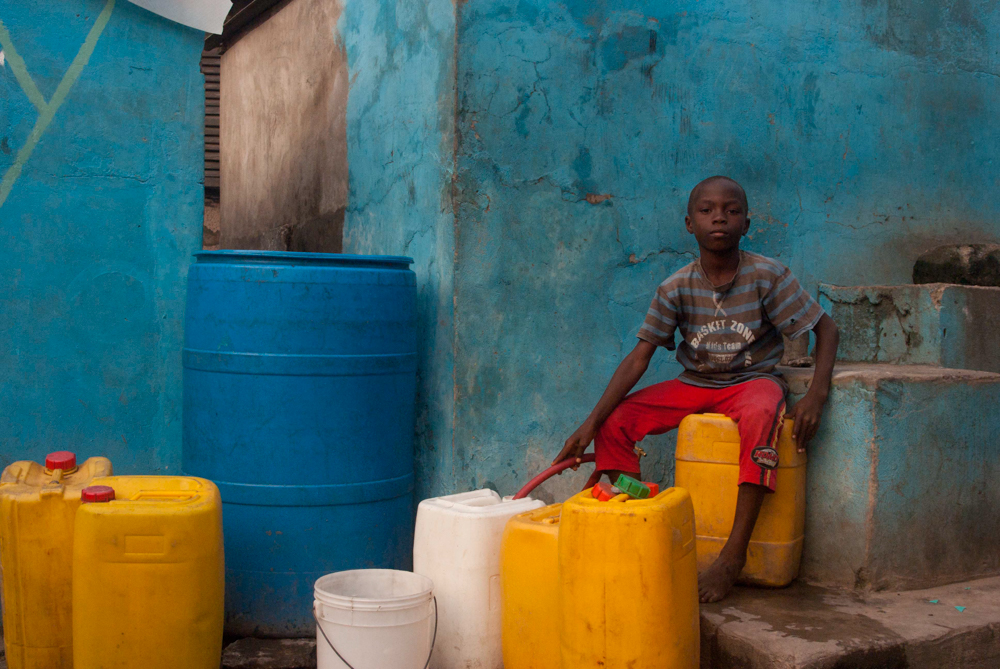 The third theme, cutting across most of the essays, is the use, usefulness, and potential pitfalls of crisis. All of the authors are introspective about crises and the types of interventions that they can facilitate. This theme is addressed most directly in Scheba and Millington’s essay on Cape Town, in which they argue that crisis is “an anticipatory project that is working to generate institutional shifts…[and] unlock new financial, infrastructural, and legislative possibilities.” Although this project could generate new, more just and inclusive, modes of living, they conclude that Cape Town’s experience suggests a “worrying dynamic” of entrenchment of the unequal arrangements that mark the city. Daniel Aldana Cohen, drawing upon São Paulo’s recent water crisis, reaches a similar conclusion, attributing this “worrying dynamic” to what he calls the charismatic nature of crises. “They terrify, they fascinate, and attract climate scholars and activists” he explains. And while the hope is that they will spark change, the changes they have sparked thus far are rooted in regimes of privatization and technologies that further exclude marginalized groups. Progressive change, Cohen argues, requires long term democratic realignments and institutional reorganizations that do not conform to the temporalities of crisis.

While the prognosis for progressive change and inclusive access amid urban water scarcity may appear bleak, the essays in this collection share an optimistic undercurrent. If water shortages are not the exclusive product of limited supply, then interventions can be developed to address their socio-political causes and conditions. These essays each offer a distinct vision of such interventions.

As we have done with earlier Spotlight On issues, we have provided open-access to several articles previously published in IJURR on the topics of water scarcity, water infrastructure, and water crises. It became clear while assembling these pieces that these topics are beginning to be covered quite extensively in the pages of IJURR. We hope both these brief essays and the previously published pieces will continue this conversation, generating further discussion, debate, and reflection among our authors and readers.

Conduct of conduits: engineering, desire and government through the enclosure and exposure of urban water.
Usher, Mark

Experiments and counter‐experiments in the urban laboratory of water‐supply partnerships in India.
Gopakumar, Govind

The Changing Nature of Border, Scale and the Production of Hong Kong’s Water Supply System since 1959.
Lee, Nelson K