“The historical development of world capitalism was influenced in a most fundamental way by the particularistic forces of racism and nationalism.” So declared Cedric J. Robinson (1983/2000, p. 9) in the opening sentence of chapter one of Black Marxism: The Making of the Black Radical Tradition. Distinctly at odds with orthodox depictions of capitalism that cast it as a great modernizer, emerging out of a decisive break with the feudal past to revolutionize the extant social, political, and economic order, Robinson’s analysis sought to reconceive the modern capitalist world system as racial capitalism. In so doing, he stressed the continuities between feudalism and capitalism, noting that at the dawn of the latter, the “bourgeoise that led the development of capitalism were drawn from particular ethnic and cultural groups” while members of the lower socioeconomic strata became racialized subjects from “other cultures” or from “entirely different worlds” (ibid., p. 26). 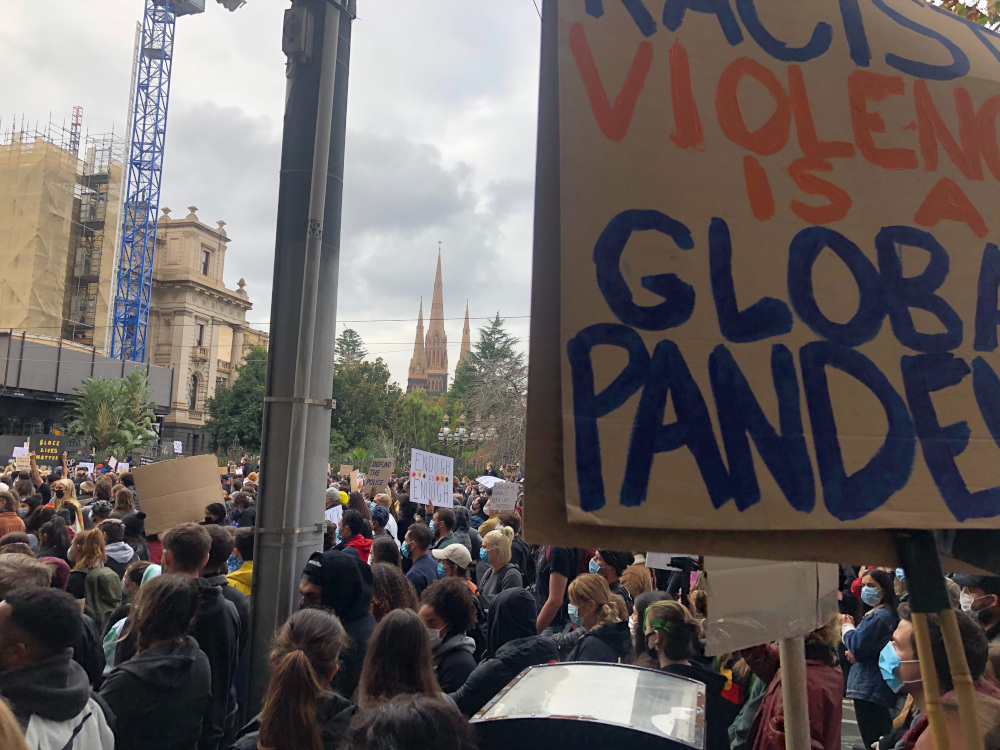 In a recent tribute, Robin D. G. Kelley (2017, italics in original) asserts that, for Robinson, “racialization within Europe was very much a colonial process involving invasion, settlement, expropriation, and racial hierarchy.” In his reading of Robinson, Kelley highlights a key, often overlooked, facet of his argument—that the use of ‘race’ to justify oppression predates European global conquest in the fifteenth -century. Colonial processes, in effect, commenced at home. Robinson writes, “Race became largely the rationalization for the domination, exploitation, and/or extermination of non-‘Europeans’ (including Slavs and Jews)” as uneven development opened “new opportunities” for capitalist accumulation (1983/2000, pp. 37, 36). Here, the “expansion of capitalist society [was] pursued [in] essentially racial directions” and became intwined with “social ideology” such that “racialism … inevitably permeate[d] the social structures emergent from capitalism” (ibid., p. 2). For Robinson, the pathways of capitalist accumulation inevitably follow lines of social difference that erroneously have been epistemically produced, entrenched, and legitimated as markers of innate biological difference.

Whereas Robinson’s foundational text recast the historical evolution of the capitalist world system, Angela P. Harris (2021, p. vii) observes that “an important strand of the new racial capitalism literature traces the historical role of white supremacy in the processes of dispossession, extraction, accumulation, and exploitation that are central to today’s capitalism.” The essays included in this Spotlight On collection contribute to this new body of scholarship, and they reveal some of the ways in which a focus on racial capitalism can enrich the field of urban studies. Departing from Robinson’s transhistorical and transcontinental exploration of capitalism’s beginnings, much of the recent research in urban studies that mobilizes a racial-capitalism framework delves into the ways in which racialized processes of expropriation, dispossession, exploitation, and exclusion have been unleashed in specific contemporary settings. The essays included here do the same, with a focus on urban life in Palestine, Australia, South Africa, the United States, Indonesia, and Brazil1.

Omar Jabary Salamanca’s essay explores the insurgent practices of social reproduction by the long-term residents of Khirbet a-Rakeez and other Palestine localities, practices that persist in the face of brutal forms of banishment, dispossession, and exploitation enshrined in Israeli state policy. Salamanca describes a zero-sum conflict in which settler claims on territory, wealth, and sovereignty undermine and devalue local Palestinian lifeworlds, including basic infrastructure (such as energy and water). This combination of erasure and accumulation by dispossession, centered on infrastructural systems supporting Palestinian life, has meant that these systems have become key sites of anticolonial contestation as local residents rebel against their eradication by rebuilding the community supports upon which life depends.

How racial violence and acts of erasure of Indigenous lives, land, and knowledge systems are perpetrated by Australia’s settler-colonial carceral state is the subject of Libby Porter’s essay. She draws clear lines of connection between, on the one hand, racialized policing practices that give rise to increasing (and increasingly disparate) rates of incarceration among the Indigenous peoples of the country now called Australia, and on the other hand, their greater socioeconomic marginalisation, including experiences of homelessness. The resultant colonial violences of containment and enclosure—on degraded lands, in hollowed-out communities, or within prison cells—are part of a much broader pattern of racialized erasure and dispossession that shapes the everyday lives and life chances of Indigenous peoples. 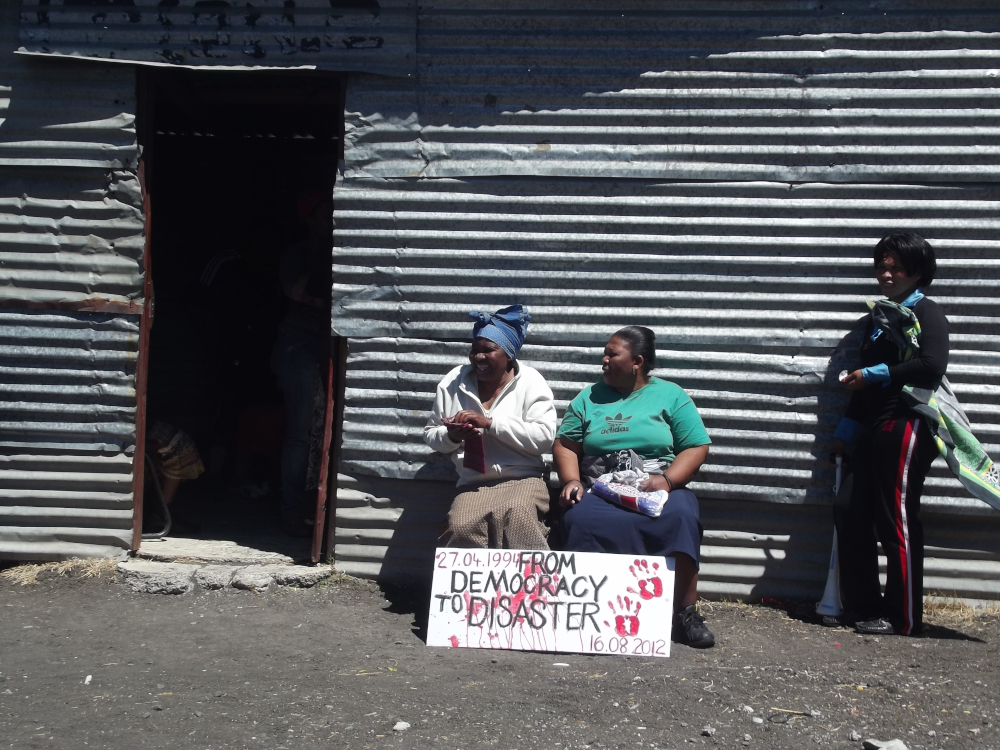 The Marikana massacre by the South African Police Service of 43 protesters during a wildcat strike at the Lonmin platinum mine in Rustenburg serves as the backdrop to Asanda Benya’s essay. With the seemingly intractable legacies of apartheid imprinted across South Africa’s urban and rural landscapes, the “land question,” as it might euphemistically be termed, has been a perennial concern. Uneven development, exacerbated by apartheid-era forced displacements and the creation of so-called “homelands” for the African majority, as well as by the swelling informal settlements of the post-apartheid period, have meant that the lifeworlds of the majority—past and present—are profoundly shaped by poverty and precarity. But land is also a source of wealth, at least for the capitalist class that relies on Black workers in Rustenburg to extract value from deep beneath the Earth’s surface, just as they have for well over a century.

Margaret M. Ramirez’s essay focuses on competing discourses of public safety in Oakland, California and the ideological struggles they reveal. Faced with a growing local movement to “defund the police” in the wake of numerous policy-involved murders of Black people across the US, as well as widespread evidence of the excessive use of force by police, urban elites (including local law enforcement authorities) have launched a seemingly coordinated campaign to reclaim the narrative around public safety. This ideological offensive conveniently sidesteps the ways in which pro-worker policies have been systematically eroded, from welfare state supports to enforcement of labor standards, with devastating consequences for lower-income communities. In the process, as Ramirez explains, the racialized inequalities ingrained within urban America are whitewashed, all the while tough-on-crime discourses serve to further marginalize Black, Indigenous and Latinx residents in the name of law and order.

The contradictions inherent in capitalist accumulation strategies that are reliant on uneven geographical development anchor AbdouMaliq Simone’s essay examining urban life in Eastern Indonesia and residents’ unending quest for a sense of place. Here, blackness occupies a contradictory position, legitimating the extractivist practices of elites that center on populations and places that are racially coded as “Black” and the state developmental policies that seek to “modernize” economically marginal areas through infrastructure investments aimed at supporting the development goals of the nation. Within these spaces, however, there exists scope for experimentation with different ways of living, though, where racialized dispossession, expropriation, and violence are intolerable facts of urban life, the state’s reliance on policing plays a leading role as a means of enclosure and control.

The essay authored by Keisha-Khan Y. Perry and Edilza Sotero examines the histories of marginalization of Black women candidates in electoral politics in Brazil. In their critique of political party structures, particularly those of mainstream Left parties that have continually served to elevate White men into positions of local and national prominence, the authors point to the disjuncture between the leading role Black women play in urban and rural social movements and their relative absence from high-profile elected positions. But the tide might be turning. Following the assassination of Rio de Janeiro city councilor Marielle Franco and her driver, Anderson Pedro Gomes, Black women from across Brazil have come forward to run for elected office in unprecedented numbers, in direct defiance of this murderous act of political intimidation. “To be a black woman is to resist and survive all the time,” Franco said in a 2017 interview, seemingly capturing the spirit of political engagement that was to be ignited by her death the following year, advancing a new a set of Black, progressive, feminist political demands. 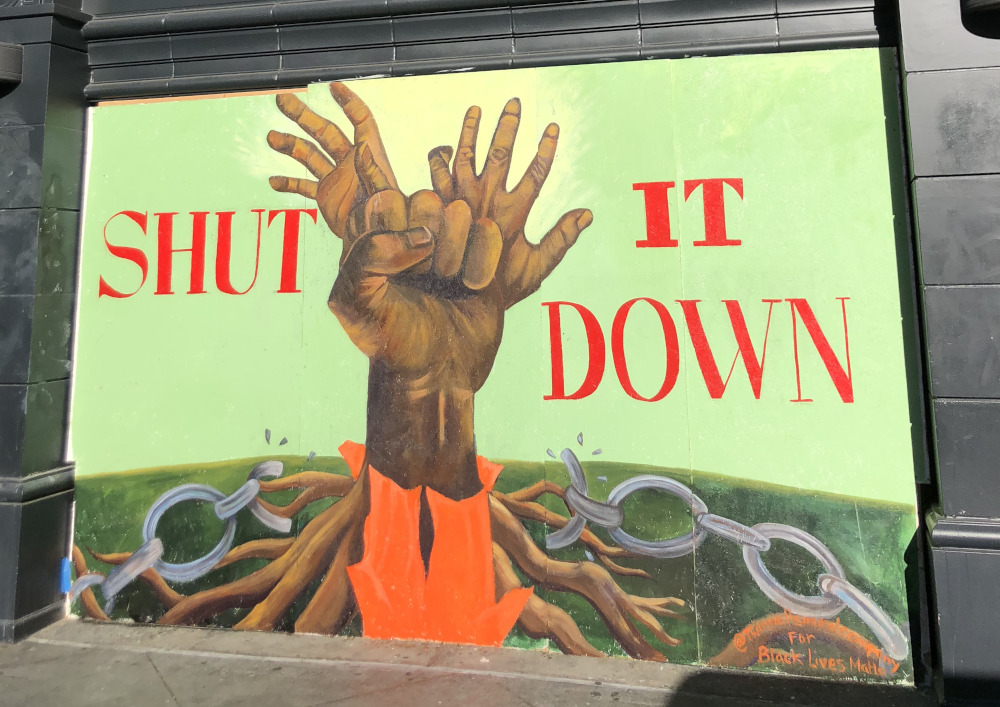 ‘Shut it Down’ mural on Broadway in downtown Oakland. Photo: M.M. Ramírez, June 2020.

The investigations included in this collection can be read as exploring various geohistorical, conjunctural “articulations” and manifestations of racial capitalism, in Stuart Hall’s use of that term (1980/2019, p. 191), and of different modes of accumulation, which he says are “structured in dominance” (following Althusser and Balibar, 1970). Hall’s approach to studying how social forces cohere, and the historical, geographical, and societal context within which articulation occurs, resonates here, given the Spotlight On authors’ focus on how race has become imbricated within and between complex societal structures. Finally, the essays in this collection recall Ruth Wilson Gilmore’s (2007/2022, p. 107) incisive definition of racism as being ‘‘the state-sanctioned and/or legal production and exploitation of group-differentiated vulnerabilities to premature death, in distinct yet densely interconnected political geographies.’’ Group-based vulnerabilities are vividly present across the essays, as can be seen in the racially selective (mis)treatment of urban populations and the widening inequalities that exist within cities around the world. Equally important, though, for the analysis of urban life under (racial) capitalism, is Gilmore’s insistence on the densely interconnected political geographies that simultaneously deny the humanity of racialized Others and regard their bodies, lands, and communities as principal sites of extraction, accumulation, and erasure.

1This Spotlight On collection was curated by co-editors Mustafa Dikeç and Hyun Bang Shin. From the outset, concerted efforts were made to cast the net as wide as possible so that the collection could include contributions from authors working on/in those regions that are less represented in the mainstream debates on racial capitalism. Profuse thanks are due to those colleagues who have directed us to the contributors to this collection, as well as those who expressed their interests but could not join this collection. We also thank Aeshna Badruzzaman very much, whose assistance was central to the successful release of this Spotlight On collection.

All essays on Racial Capitalism

The Nomad, The Squatter and the State: Roma Racialization and Spatial Politics in Italy
Gaja Maestri


Reappearance of the Public: Placemaking, Minoritization and Resistance in Detroit
Alesia Montgomery

Neoliberalism, Race and the Redefining of Urban Redevelopment
Christopher Mele

Reconfiguring Belonging in the Suburban US South: Diversity, ‘Merit’ and the Persistence of White Privilege
Caroline R. Nagel

Race Matters: The Materiality of Domopolitics in the Peripheries of Rome
Ana Ivasiuc

Fear and Loathing (of others): Race, Class and Contestation of Space in Washington, DC
Brandi Thompson Summers & Katheryn Howell

Beyond the Enclave of Urban Theory
Austin Zeiderman

ALL ESSAYS ON Racial Capitalism